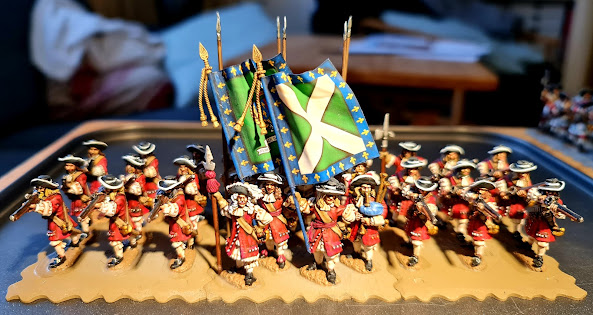 Here's a WIP shot of Régiment de Douglas, later the Royals Scots, Dumbartons etc, in French service in the early 1670's. These minis were mostly painted by Richard O'Connor, although I painted one pikeman and someone else a single musketeer. Richard did a lovely job. They are all from the North Star 1672 range, and include an OOP Spanish piper who has changed nationality. Next week I'll pass to chum Ian for flocking. I'll take proper images when they are finished. 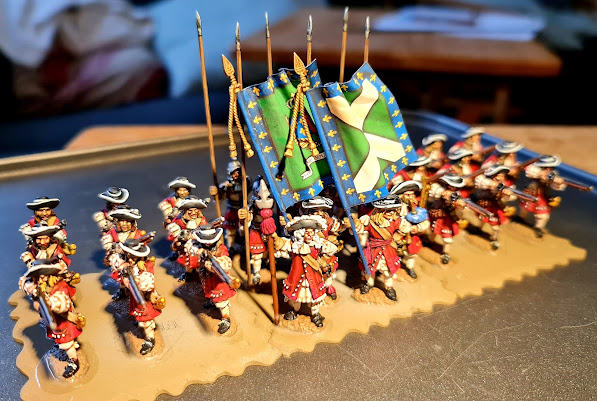 Including these, I have four battalions mostly finished, and another 6 or 8 well advanced. I also seem to have accumulated enough unpainted infantry minis for another 30 or so battalions, plus horse, dragoons and artillery. :-)

Another lovely looking regiment and the flags certainly do make them "pop"!