To the Strongest! at Warfare 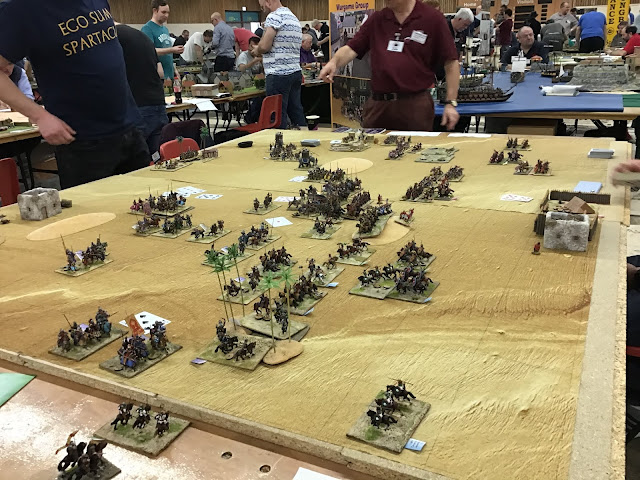 Simon Purchon and Steve Dover ran a super-looking Roman vs. Sassanid game at Warfare, yesterday, which I was sorry to miss in person. Simon says "We played two games, although neither got the end, and we had novices in both games. In the second game, three out of the four players were new to the rules." 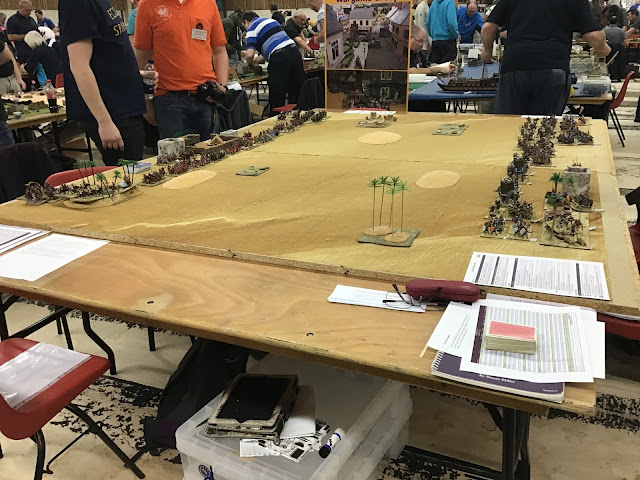 As well as Simon's Sassanids, which I am all-to-used to seeing from the wrong end of a lance, I think I spot some Late Romans that used to be in my collection and which are now in Mark Philips' collection.

The mats are Sahara 15cm grid; they look great with a few palm trees scattered around. 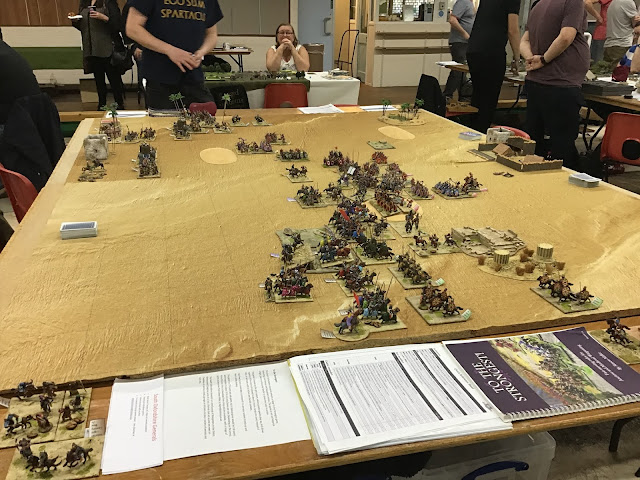 A great looking game!
Posted by BigRedBat at 15:00 No comments: 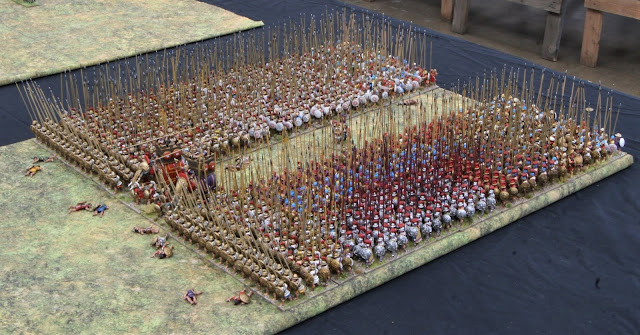 I realised, today, that I forgot to blog the pictures of my pike phalanx, from Partizan back in August. Here it is; most of my phalangites are drawn up, 32 ranks deep, 1048 strong, with elephants in the intervals, representing a section through the Seleucid phalanx at Magnesia. The full Seleucid phalanx at 1:1 would be 32 feet wide. :)
Posted by BigRedBat at 09:06 No comments: