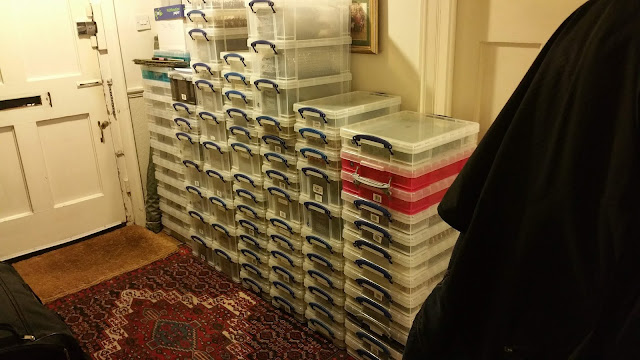 At dawn I'm off to Basingstoke for a Wargames Holiday Centre weekend at the Holiday Inn! Here are 82 boxes of minis and terrain. I think it will all fit in the car.... it's certainly the most minis I've ever shifted. I'm very much looking forward to some serious gaming... :-)
Posted by BigRedBat at 22:23 No comments: 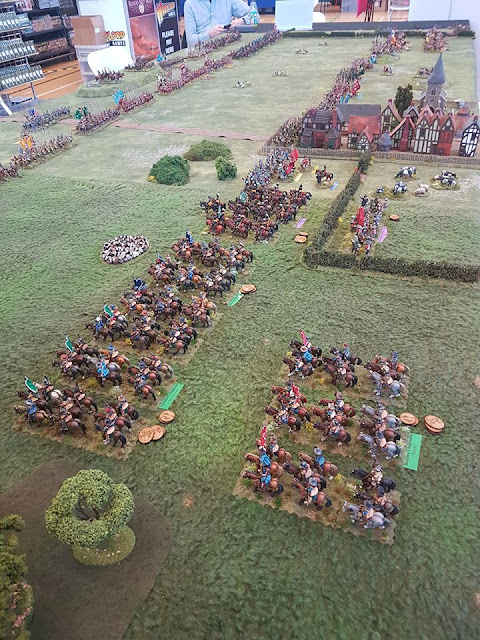 Here are some random pictures from yesterday's game at the excellent SELWG show in Crystal Palace, mostly taken by chum Ian Notter, except for the first and last pictures, which are by the SELWG team. All will expand if clicked!

The battle is Soggy Bottom 1643; a battle designed to illustrate the TtS! For King and Parliament rules that co-author Andrew Brentnall and I wrote, in quite possibly its last show outing. Above is a shot along the battle lines.  I love the way that the deer appear to be watching from the forest... 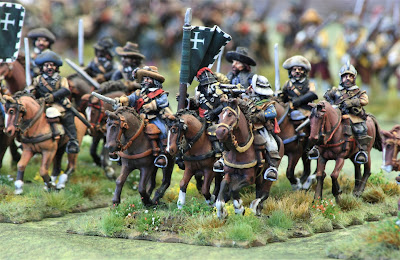 Below, dragoons doing what they do best. At the end of the second game, Oliver Cromwell ordered them to mount and charge over a hedge; in a hilarious run of astonishingly lucky card play, they took out most of the Royalist left wing! 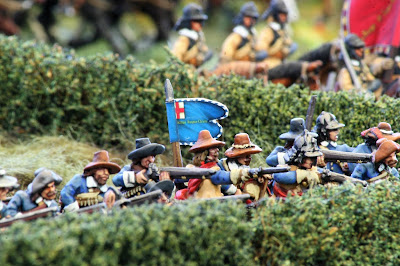 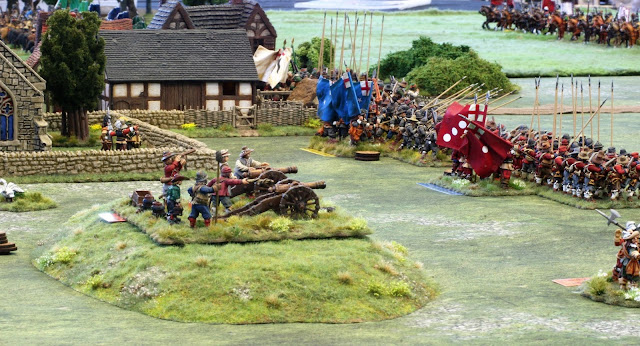 This battery was flanked by the Royalists. We spent a couple of minutes checking whether they could turn their guns, before realising they were out of gunpowder and cannon balls!  :-)  The crews legged it. 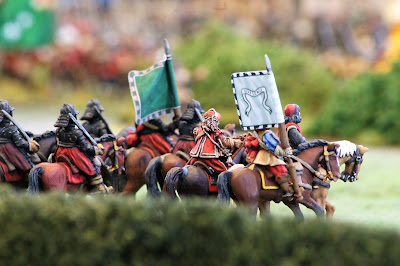 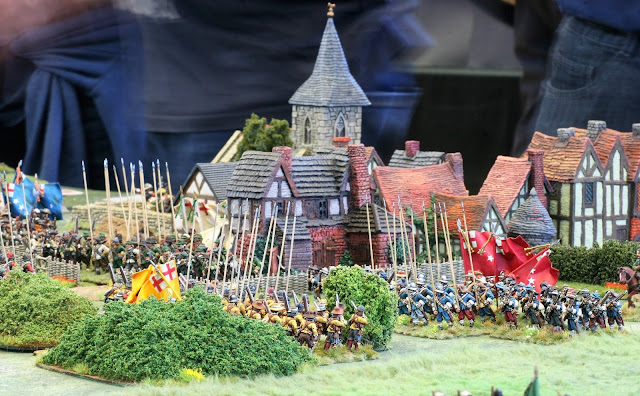 The eponymous village of Soggy Bottom. I absolutely love the Hovels buildings, and have bought a small Dutch town from them.

And finally, our efforts were crowned with success- we won Best of Show! I was completely taken aback- hadn't thought we'd win anything as there were some super games on display. Huge thanks to Ian Notter, Shaun McTague and Chris Winter and to everyone else who helped or played in the two games, or who popped by for a chat- I was very hoarse last night. Really enjoyed meeting everyone! 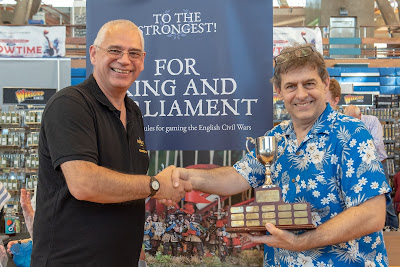 The SELWG team worked really hard and the event was very well organised. They were very friendly, too, and helpful. I blew a lot of money on the Bring and Buy, and with the nice people at 1st Corps. I really enjoyed the show and will certainly be back next year!
Posted by BigRedBat at 16:37 No comments: