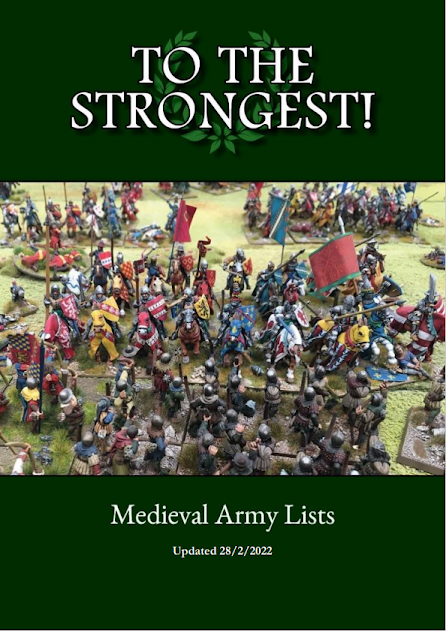 I’ve just published an updated versions of the medieval army list eBook for To the Strongest! The 211-page PDF now includes 120 Medieval army lists, including five new lists (West Slav, Old Prussian, Early Lithuanian and Samogitian, Later Feudal English and Yi Korean lists). I’ve also moved the Later Hindu Indian, Early Lombard and Avar lists here, from the Ancient List eBook, as they sit better alongside the medieval lists. Several of the existing lists have been revised, and a good deal of background information has been added. 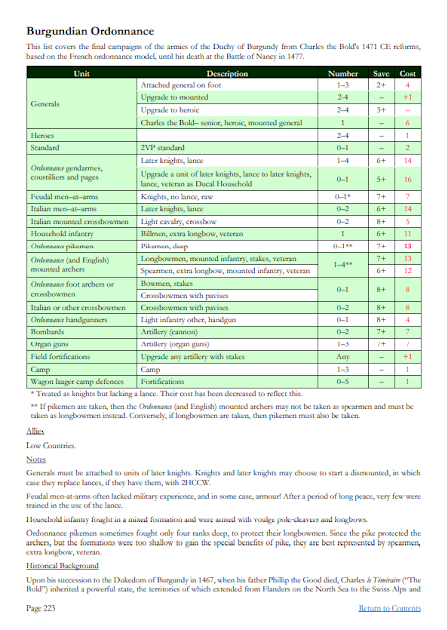 Each list consists of a spreadsheet describing the army. Most of the lists also include details of how the army fought and a historical background, and sometimes a picture of painted miniatures. 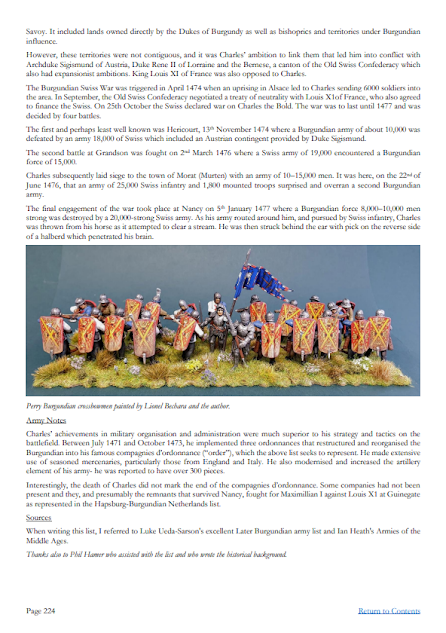 You can find buy the army lists here.  Should you order the lists you'll receive updates roughly every three months until at least the end of 2022, with new lists and additional material added each time. The next update will be at the end of May 2022. The eBook costs £9.99.

Alternatively, if you are outside the UK (especially if you are in the EU, where I can't sell digital products) you might like to buy it from Wargames Vault for $14.99.

Posted by BigRedBat at 13:57 No comments:

On Saturday I came across an old ECW regiment that I based up perhaps three years ago to illustrate how I'd model a unit on a 20cm frontage; it's the one featured in the colour pages in the For King and Parliament rule book. It's never been used, because I have always gamed on 30cm, but I've long thought about rebasing it. I worked out a shortcut to do this, by inserting three FK&P7 bases on the edged of the existing FK&P6's, adding extra files to the pike and to each wing of shotte. I just needed to paint an additional seven minis to bulk it out and, on a whim, I did this over the weekend.
The regiment is only in two ranks, unlike my other units which have three, but that's not an issue as I intend it to represent an understrength unit. The minis (many painted by Shaun McTague- the additional minis I repainted from eBay purchases) are a mix of Renegades and Bicornes, and feel like they are veterans.
I don't have a name for this unit, which is fairly generic- probably Parliamentarian as the sashes are orange. I'm open to suggestions! I'll post a better picture when it is flocked.
Posted by BigRedBat at 11:46 2 comments:

Email ThisBlogThis!Share to TwitterShare to FacebookShare to Pinterest
Labels: ECW, for King and Parliament 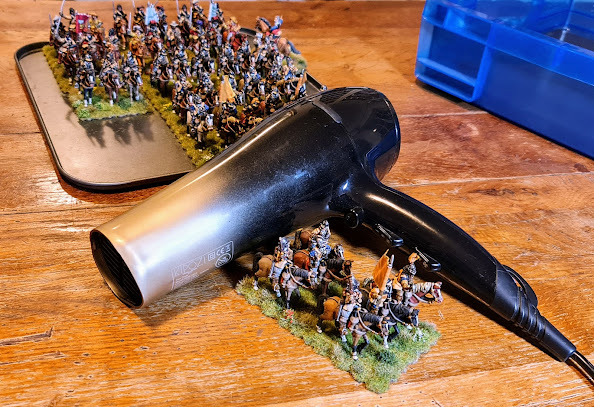 I am just finishing some bases on a couple of regiments of cavalry for Roundway Down (at Partizan in late May), and I found myself wondering whether anyone else uses their wife's hairdryer to blow away surplus flock? Also does anyone else matt varnish their finished flock? I find it comes out better in photos, that way.
Posted by BigRedBat at 20:24 10 comments: