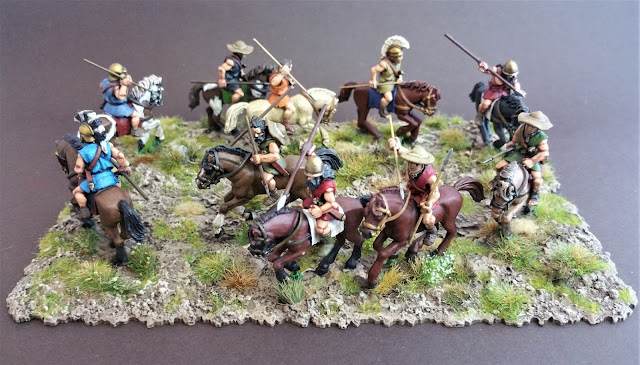 Are you old enough to remember the Cantabrian circle rule in WRG 5th Edition? It must have made a big impression on me, 'cos most of my light cavalry seem to be getting based that way. These light cavalry are circling to throw their javelins. These Greeks will mainly serve with my Athenians but their first outing will be in the big Ipsus game in Basingstoke, when they will proxy Tarentines.

They are are on a pair of my 19cm magnetic bases that fit together to make one large base, and will constitute what I am calling a "combined" light unit, which I'll be publishing a new rule about soon. http://theminiaturespage.com/rules/boards/msg.mv?id=5685

I am pleased to report (from my tracking spreadsheet) that I am 66.4% of the way through basing the extra 836 minis I need for the games; slightly ahead of schedule!
Posted by BigRedBat at 10:51 No comments:

Email ThisBlogThis!Share to TwitterShare to FacebookShare to Pinterest
Labels: Athenians 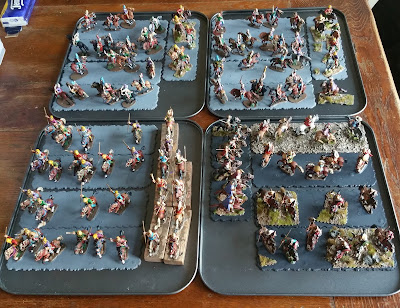 With the bulk of the new Numidians on bases, I'm now turning to the East. Above are four units of Parthians, three of Persians, two Tarentines and a couple  of units of Spanish. Most of the minis were painted by Shaun McTague except for the Spanish who are from Nick Speller. 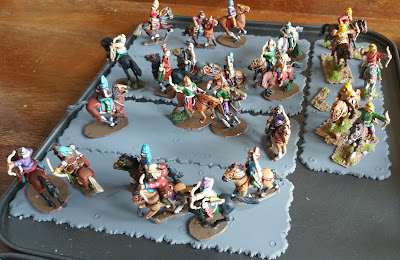 The Parthians (above and below, with Persians on the right in each photo) are a mix of Aventines and A&A. A lot are mounted on spare Riders of Rohan horses that I had lying around. The Aventines are really splendid and I will need a whole lot more of them in due course. 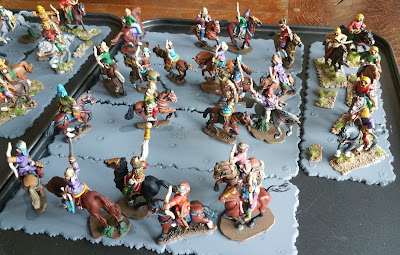 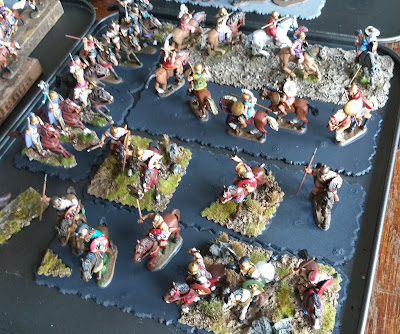 Above are the Spanish and some Carthaginians for the Metaurus game and some Tarentines for Ipsus. Very useful troops for the Successor Wars, Tarentines, Below are Medes (Casting Room miniatutres from Foundry) and more Aventine Tarentines. 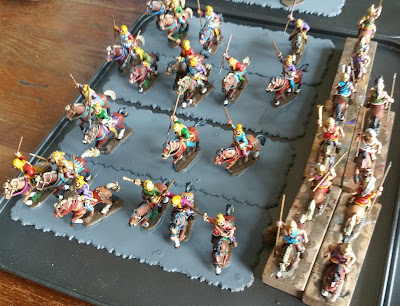 These 120-odd cavalry are the bulk of the remaining basing for the big games at the end of March and I'm very happy indeed to see them on MDF! All the bases are my 19cm BatBases- if you look carefully you can see where the magnets are glued in. Now, where's me grout?
Posted by BigRedBat at 10:25 No comments:

The To the Strongest! Worlds- a reminder!

There are now just over six weeks to go to the third annual "To the Strongest" World Championships! These will take place in the quiet village of Chalgrove in southern Oxfordshire on the 25th of February 2017. The event is a friendly contest, hosted by the South Oxfordshire Generals, in which players get to fight three ancient or medieval battles during the day. We hope to have thirty or more entrants this year. The atmosphere is more good-natured than competitive. 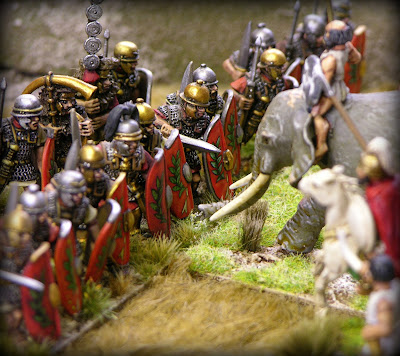 If you'd like to throw your hat in the ring, you can choose your army from any of the official "To the Strongest!" ancient and medieval lists, up to 130 points (that’s 50 to 150 minis depending on the army, based for any rules system). If the list isn't already written for your favourite 28mm historical army, let me know and I will write a list for you. If you don't have a suitable 28mm army, mail me and I will lend you one from my collection. 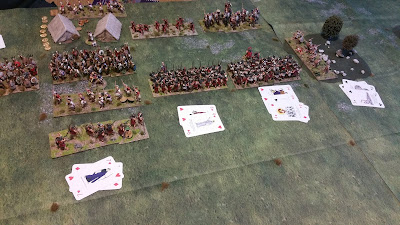 The 9AM to 5 PM competition will be a three round, round robin format using the TtS! rules (version 1.1 with errata). We’ll be using 6' x 4' tables, marked up with a 12 x 8 15cm grid. Cloths and terrain pieces will be provided but please bring them if you are able. Tournament ranking will be determined by how competitors do in each of the three rounds. There will be prizes for the winner, for the best army, for sportsmanship and also the traditional "wooden spoon." Tea, coffee, hot chocolate and probably biscuits but no lunch provided. The entry fee is £9. 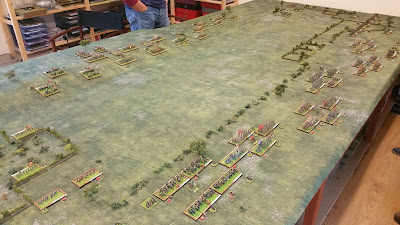 Alongside the tournament, Andrew Brentnall and I will be running a demonstration game of "For King and Parliament", the TtS!-based English Civil War version of the rules that will be published later this year, and will be able to answer questions about it.

The "Worlds" is always a great event. If you can make it, please email me at the email address to the left and I'll forward your details to the organiser, Steve Dover. We hope to see you there!
Posted by BigRedBat at 18:23 No comments:

I am jubilant because these command minis are just about the last required minis for my Numidian army. Here is Juba I, King of Numidia and his bodyguard of Spanish mercenaries. Juba's Numidia was a strong kingdom, but no match for Caesar. Photos are clickable. 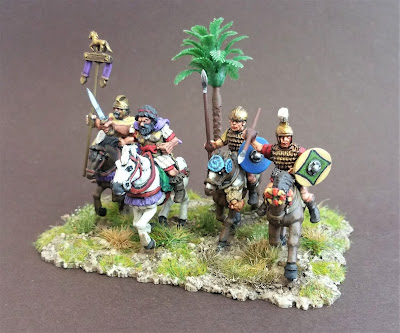 I'm really pleased with Juba- I converted him from a Foundry German! The miniatures are Foundry, Companion and A&A miniatures. All of these minis were painted by Nick Speller with some additional detailing by me. The bases are my usual Batbases. 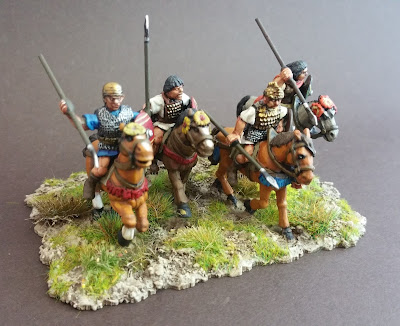 I now just have the bases on the medium infantry to paint and the flocking of most of the army- around three weeks work, I reckon. These are intended for the Ruspina game at the end of March.
Posted by BigRedBat at 11:29 No comments:

In 48 BCE after the Pompeian defeat at Pharsalus, Caesar's erstwhile lieutenant Titus Labienus led his surviving German (and Gallic) veterans to Africa to join the Pompeian cause. They fought at Ruspina in 46 BCE, and later at Thapsus. I'll be using them in the former battle in the WHC at the end of March; I might do a second regiment if time permits.

It seems to me that these veterans of the Gallic War must have become somewhat regularised during their long period of employment in Roman service so I have given them the odd bit of Roman gear and some almost-matching German shield designs from LBMS. The minis are Foundry Germans with conversions, by various painters including me. The bases are my latest Bat Bases- AN END TO THE HEGEMONY OF SQUARE BASES!  ;-)

Posted by BigRedBat at 17:01 No comments: 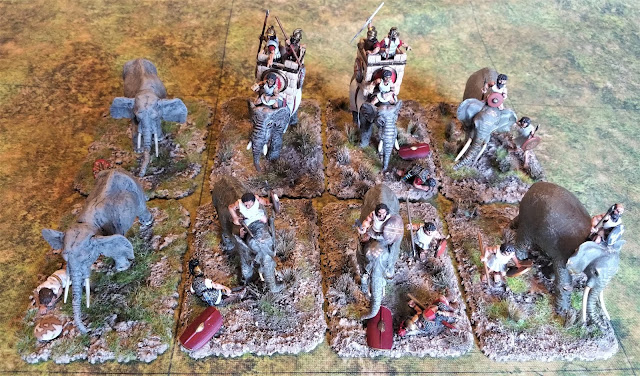 I spent a happy couple of hours this week reconditioning and extending my Numidian elephant herd.

I have added two Agema elephants on the left (still awaiting mahouts). I had a hand in the design of these, and they are, consequently, the most accurate forest elephants of the various types shown. I still need to flock and tuft the bases to match the Savannah steppe mat on which they will be fighting. They are on Batbases of my own design. Better photos to follow when they are finished.

The battle they are intended for at the Wargames Holiday Centre Ancient weekend will be Ruspina 46 BCE, This was one of Caesar's closest shaves; a most unusual engagement which pitted a couple of Roman legions against an absolute horde of Numidian light horse and, later, a mass of formed troops. It is little known but has long been a favourite of mine because of its asymmetric nature.
Posted by BigRedBat at 14:10 No comments: 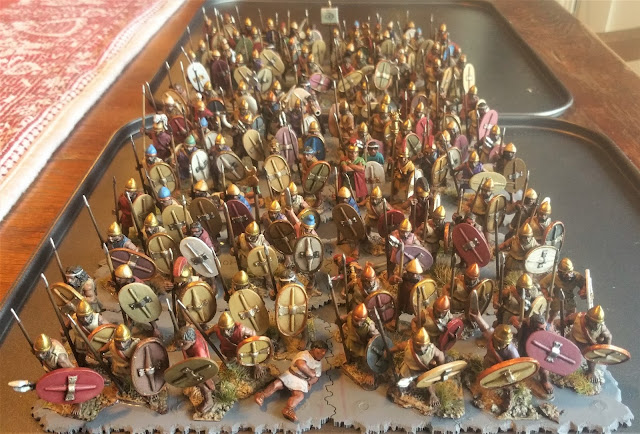 Here are the next bunch of Numidian medium infantry that I'm currently re-basing and expanding. They will also serve as African spearmen in my projected Carthaginian army. Many were speed-painted by mate Greg Privat for our big Zama game of 2010, others recently painted, to match, by Shaun McTague and myself. They now constitute six units of 22 minis each that can double up to form deep units. Each unit splits in two along the centre, which makes it easy to depict disorder.

They will first see action on 31st March to 2nd April at the Ancients Wargames Holiday Centre weekend in Basingstoke- we still have 2 places left - if interested, please mail me for details at the address on the left.
Posted by BigRedBat at 12:57 No comments: