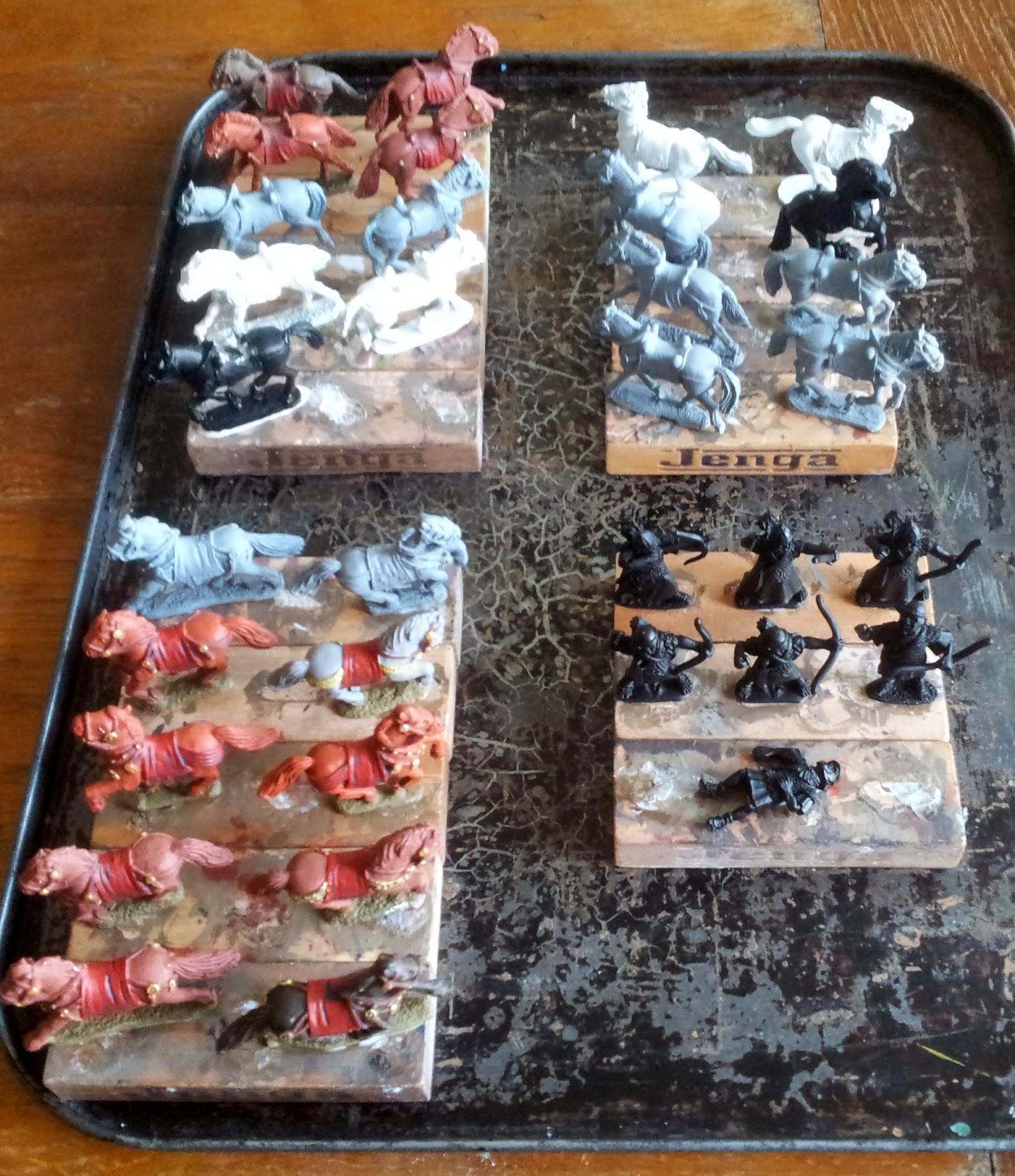 With Partizan now behind me, and the Wargames Holiday Ancients weekend on 28th/29th still some weeks ahead, I've decided to finish off a few more units of Early Imperials. I shall work in a leisurely manner and enjoy myself.

My Batavian auxiliary cohorts have been clamoring for an expansion of their mounted arm, in much the same way they did in 69 AD. Next they will be demanding nail-money!  I shall take their numbers up to 18 and also recruit a half-ala of British cavalry. I'll have enough horses left over to recruit another ala-and-a-half later in the year.

With a little re-organisation and re-basing, I should also be able to put another regiment of 18 archers into the field.

I was interested to see that Caliban-Paul is going for a big push on his Caesarian Romans, organising them into 80-figure legions. I also very much like the cloaks he has painted on his Alaudae legion.

Finally, I've started work on yet another ancients project, which I shall keep under my hat, for the time being...
Posted by BigRedBat at 17:29