Chalgrove 2021 - The Cheesy Indians in action! 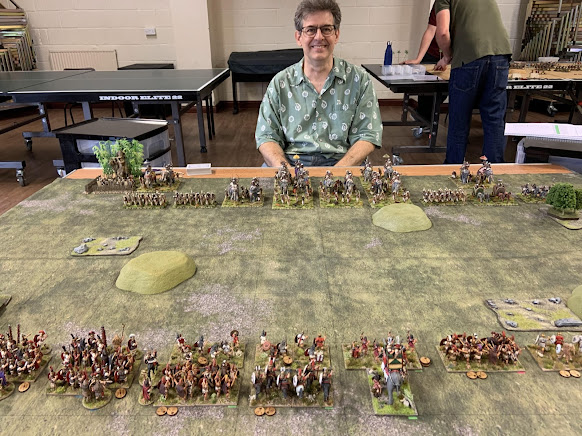 At Chalgrove I completely failed to take any photos of my Indians from the front. Howard Litton has very kindly sent me some images from the game we played. Howard has a lovely Aventine Miniatures Polybian Roman army (once mine, some minis painted by David Imrie IIRC). That's me, by the way. 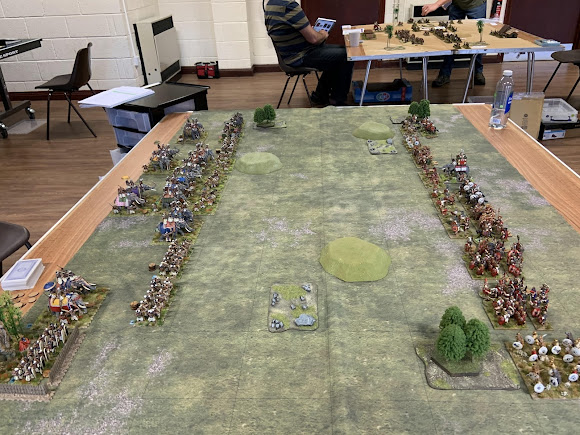 Here's a side-on view. I massed my elephants mostly in the middle of the line, Howard had to veteran quincunx on the left of his line with veteran velites in support,  and lots of scruffy filler on the right, including an African elephant who (below) looked somewhat lonely as he was facing 8 much superior units of Indian elephants totalling 16 models 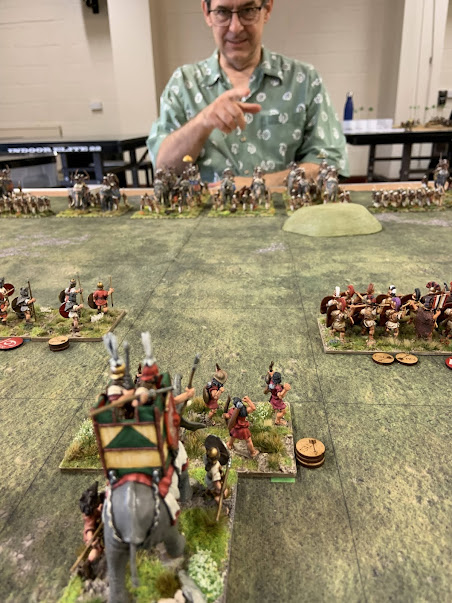 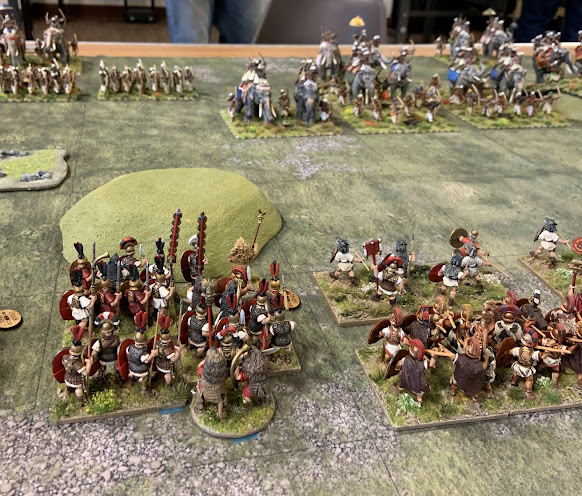 Above, Howard had lots of javelinmen- both massed light infantry and formed ones. The Aventine Oscans looked particularly effective. Below, both armies began a steady advance in line. Below, frustratingly, my left stubbornly refused to advance. 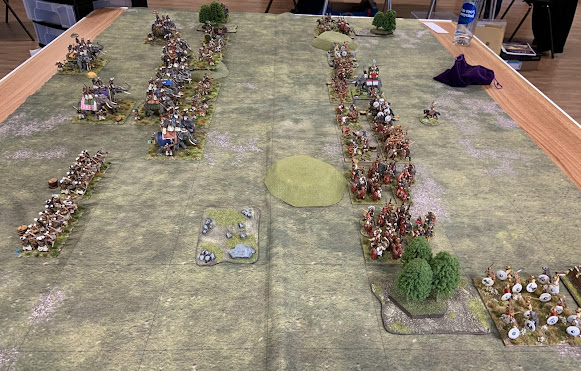 Below, frustratingly, my left stubbornly refused to advance. This was a pity as I'd spotted an opportunity to cut off and potentially kill Howard's Numidians, but they got away. :-( 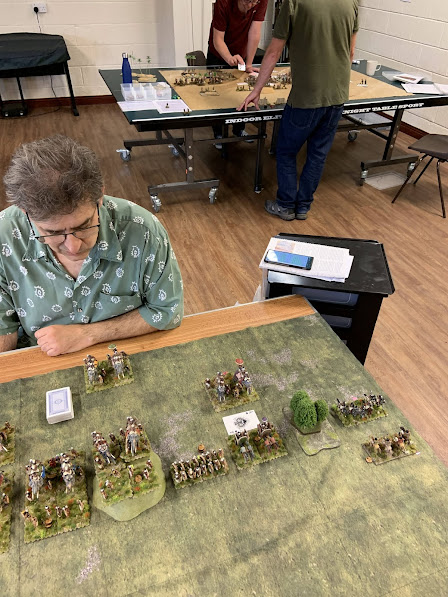 After this, alas, the photos peter out. What happened in the game was that Howard advanced with the veterans on his left, and fell back with his right, so fast that I couldn't catch up by the end of the game. This did, however, give me an opportunity to get onto the wing of one of his quincunxes with my elephants. Unfortunately time ran out before we could see whether I could kill his quincunx before his other quincunx killed my longbowmen. 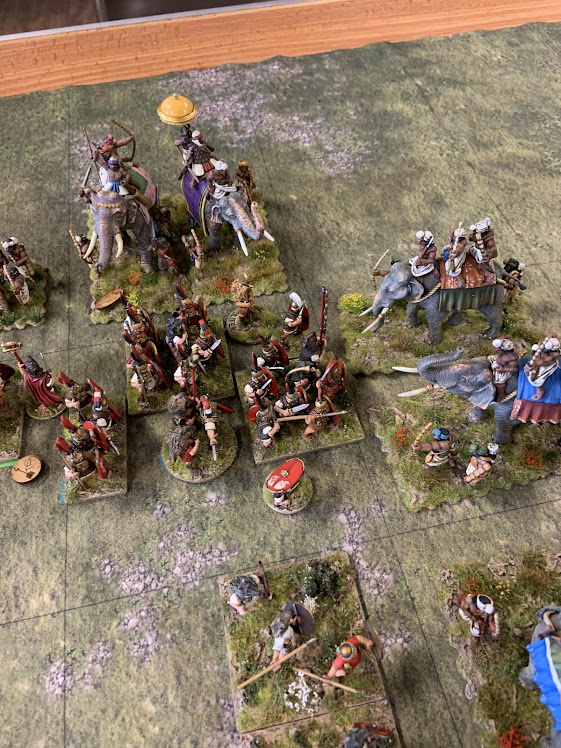 Above- an uncomfortable tactical position for this quincunx.
Thanks so much to Howard for the game and for the photos!
PS the last photo demonstrates why I developed my wobbly-edged bases- they blend into the cloth rather better than do the straight lines of traditional bases.
Posted by BigRedBat at 13:28