Cheesy Indians at the London GT! 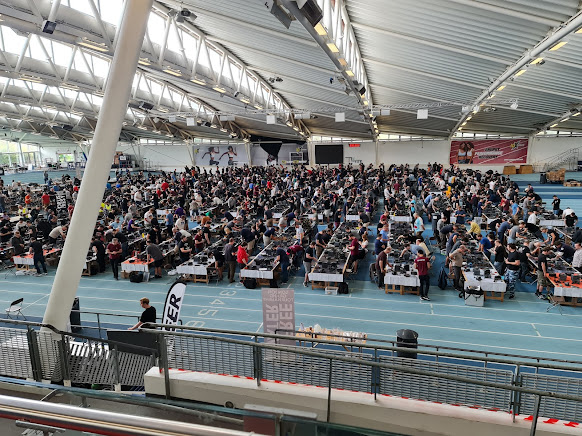 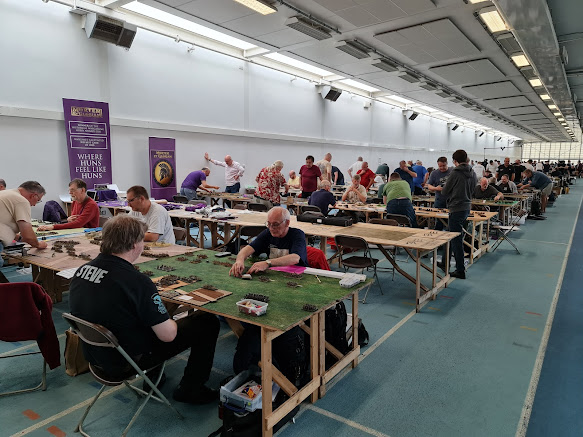 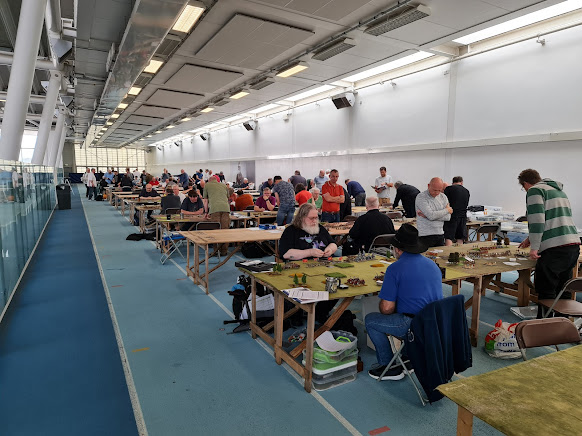 We had an odd number of players so I stood down for the first round which meant I had time to take a few mediocre photos, which I present in no particular order. I took other photos later in the event. 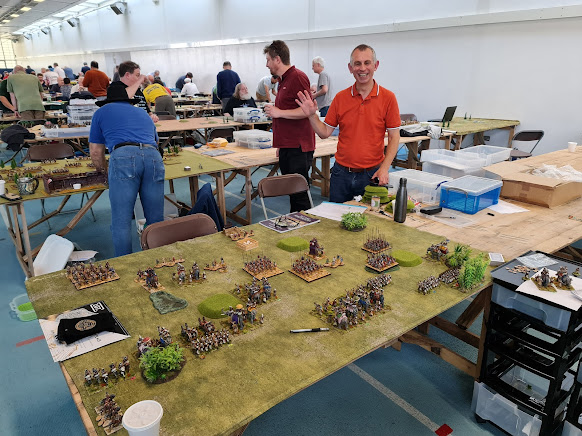 Above Gary Stark, and below his Seleucids. The latter were an interesting blend of Foundry and Aventine- these worked together very well- something I shall have to try! A superb looking army. 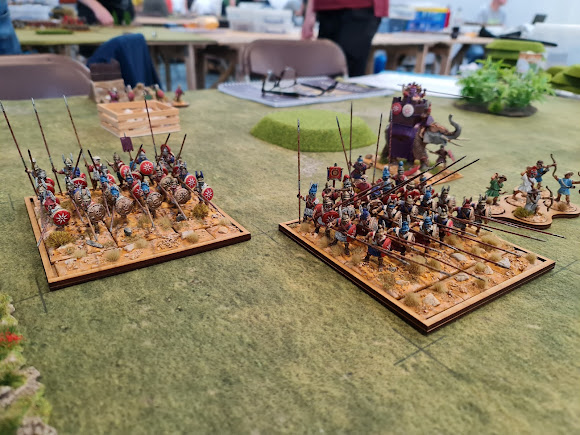 Below, there are a lot of elephants in my army, eight units for a total of sixteen models. Half of them are shown here. In one game I lost ten elephant models. 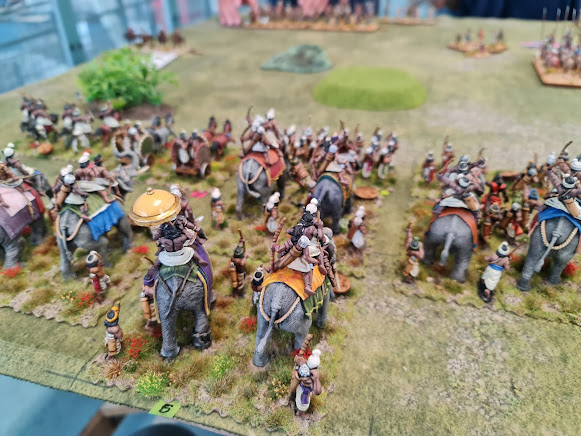 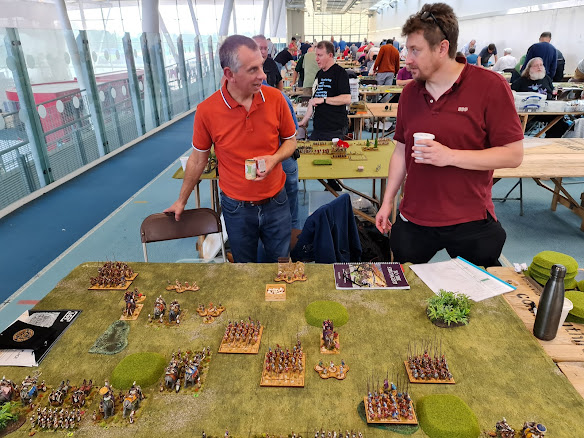 Above Steve Dover popped over for a chat. In the game I shot the Seleucids up with my Indians, killing their great leader (Antiochus Megas?) and generally gaining the upper hand (whilst losing a few elephants), although not winning outright. Below, the view from behind my lines. 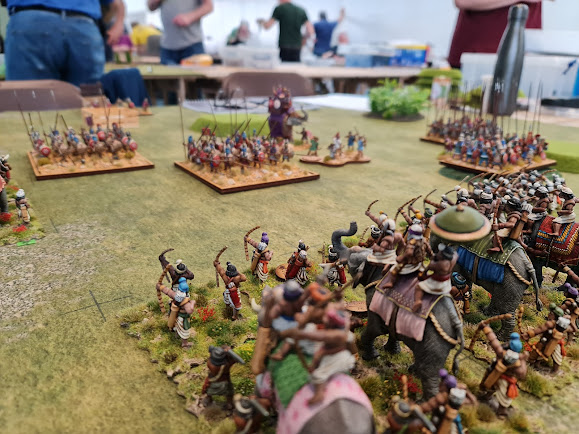 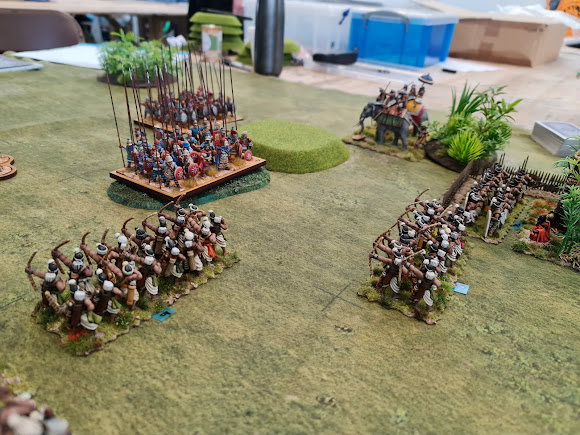 Above, weedy Indian archers desperately try to pincushion the Seleucid pike before they get skewered in melee. Below Gary vs Dene Green (Lusitanians) 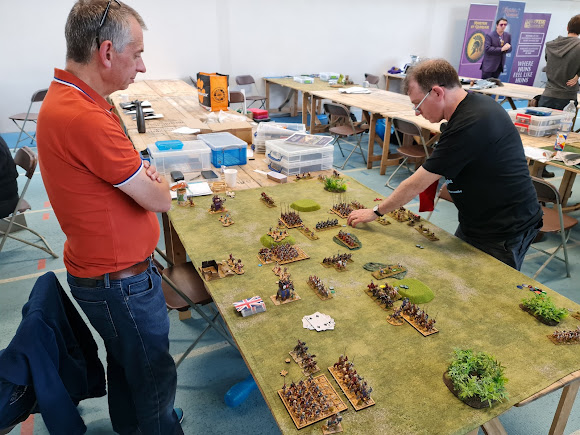 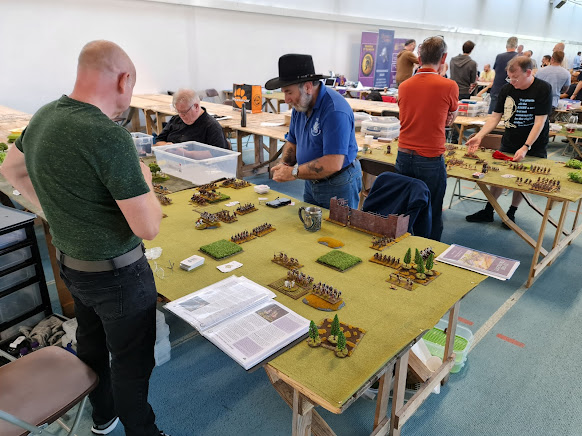 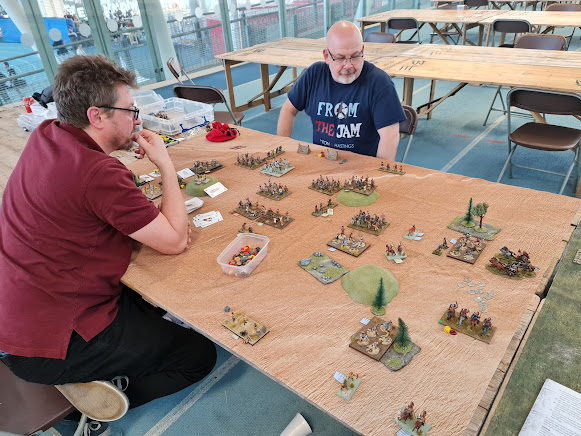 Above Steve Dover (I'm Spartacus!) vs. Andy Lyon (Gallic). Steve's army was composed of hordes of terrible-quality troops, but was very effective in his capable hands- he did some clever things with his generals.
Below Martin Sharp (Classical Indian) vs. Simon Purchon (Principate Roman). 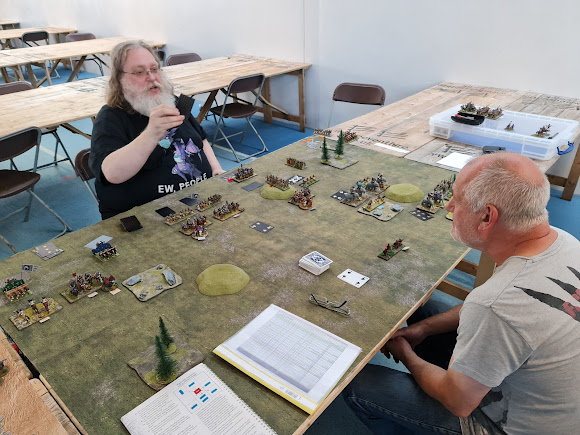 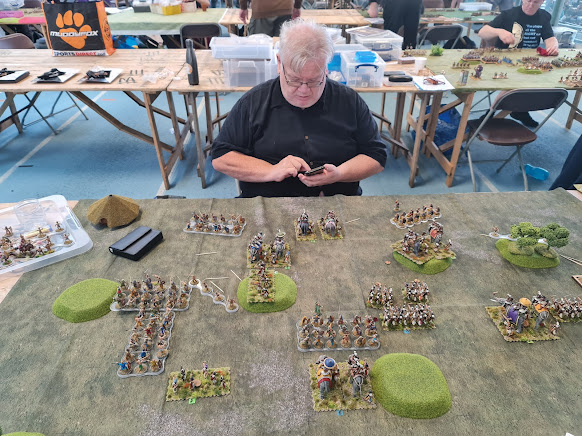 Above Derek Pearson (Batavian Revolt Germans)- at the end of my final game. This was the only game of the six that I've played with the army where my plan (an arrow storm followed up by a big attack up the middle) actually payed off- in large part due to playing some fantastic lucky cards. An elephant trotted into the Batavian camp with minutes to spare. 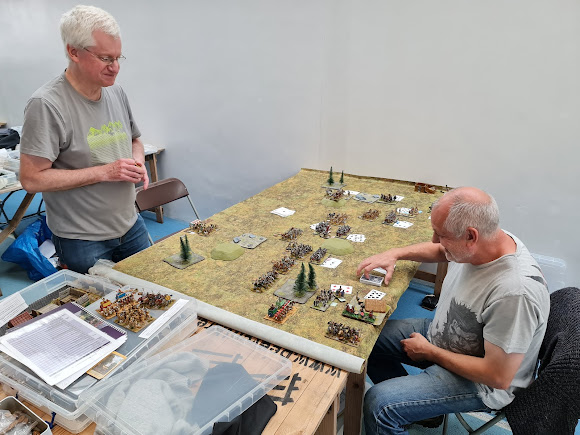 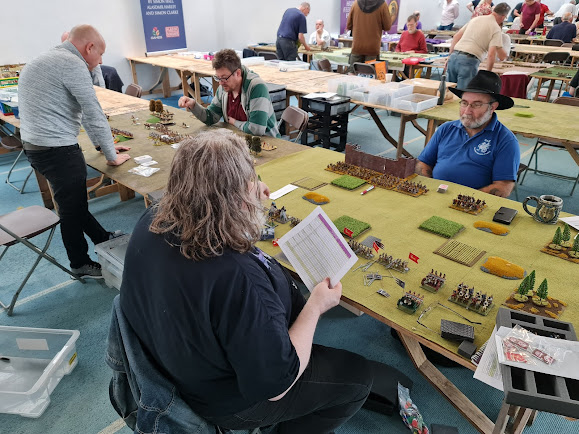 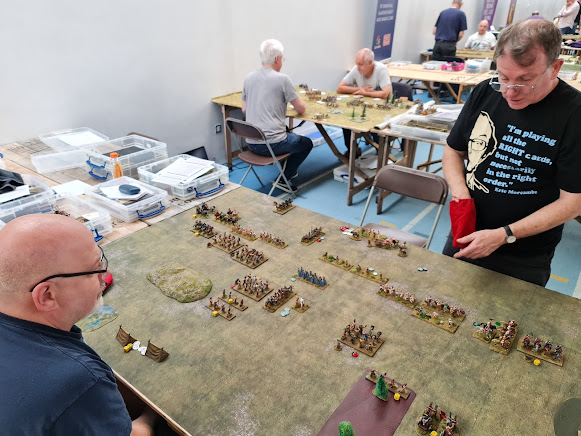 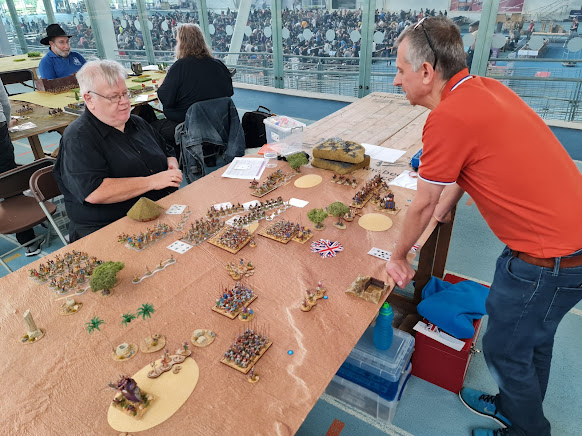 Tim has taken some photos which you can see on the forum  Tim's photos
Here are the final scores.

Congratulations to Tim Thompson and Steve for runner up! A huge thank you to the organisers of the event and Dave Ruddock from the BHGS, and to Tim who did the scoring. Above all, thanks to everyone who scoffed in the face of Covid, the fuel crisis and the Insulate Britain fanatics in order to participate!
Posted by BigRedBat at 12:29