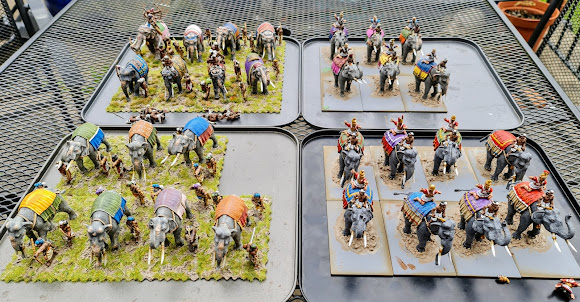 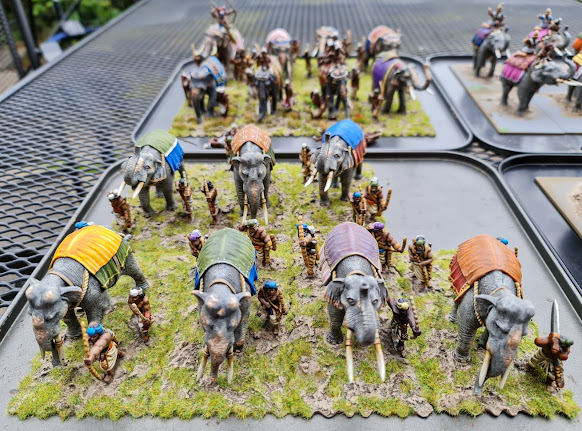 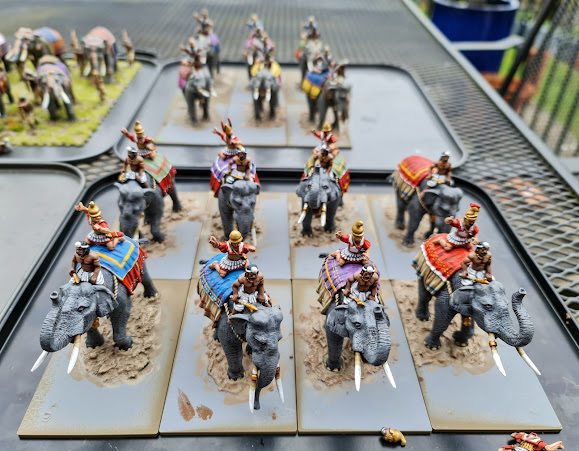 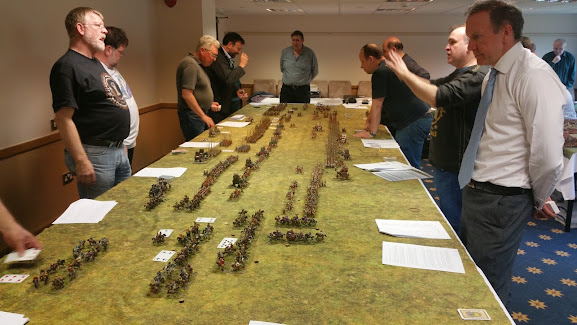 Above is an earlier version of the Ipsus game that I'll be running at the London GT in September. The new version will be 50% larger than this, with around 3000 minis on a table almost 6m wide, quite possibly the largest ancient battle run at a show- certainly the largest I've ever run by some margin. The pike phalanx alone will include some 1500 minis.
Both this and chum Tim's Rome vs. Hannibal Battle of the Trebbia will be ten player games. They will be played at the London GT at the Lee Valley Athletics Center, on Saturday 25th September. You can book tickets for it below- there are only 20 tickets in total, and some have already sold, so don't leave it too late! If you come, you'll get to play both games and see all the other things going on at the event.
Ipsus AM then Trebia PM
Trebia AM then Ipsus PM
There's a big TtS! tournament on the day after, Sunday 26th, too, the details of that are below. Why not make a weekend of it? I certainly plan to. :-) I'm prepping minis for a secret army.
TtS! London GT Tournament Ticket
It's been far too long since we have gamed properly! I hope to greet the post-apocalypse in some style- and I hope that some of you will be able to join me!
Posted by BigRedBat at 17:16

I can see an annoying little space on one of those trays Simon perhaps just one more Elephant ? 😀 fantastic collection 👍

Awesome looking elephants! I'm disappointed that I will be taking my daughter to university that weekend, family trumps wargaming unfortunately, have fun!
Best Iain

Let's get this clear.

You... needed an excuse... to acquire more eles?

That is certainly some Dawn Patrol!

Seeing this latest post reminds me of a joke . . .

Have you "herd" the one about Simon Miller's latest wargaming project?

No? Well, he collected so many elephants that he had to use three "trunks" to carry them all to the planned events.

And, as per usual, the spectacle of the arranged and prettily-painted pachyderms was "trumpeted" throughout the land.

When did you ever need an excuse for more elephants, or more anything for that matter!

Impressive collection of war elephants, Simon! I may someday add a few (no where near as many as you have) elies from Aventine and/or Victrix - keen on trying out these resin and plastic one. The two older Aventine ones I have are heavy metal!

Great work on these elephants! Waiting to see it done :)

We *all* like elephants and these are delightful!
Regards, James

A fabulous collection of nellies - they will look superb 👍. The Ipsus game is set to be a stunner. Looking forward to seeing some pictures from it hopefully.

They are mostly finished, now, I need to take photos....