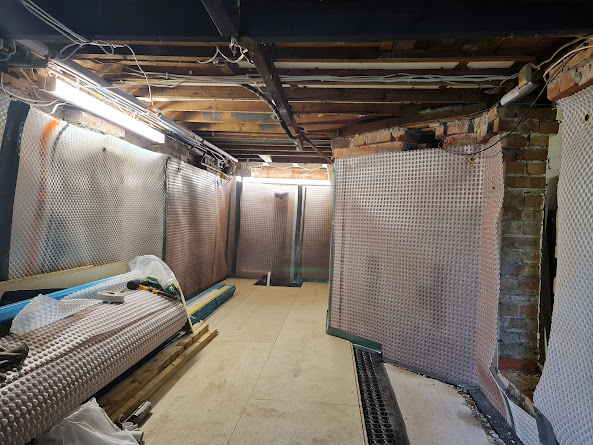 Excellent work, BRB! You've got a whole new room to fill up with figures!

Simon, as I suspected, bonkers. I went down the more rational Cotswolds route of building a lair in the garden. Herself seems happy, and the house isn't about to collapse!

It's looking rather better today- they are getting ready to board the walls. Pics to follow in a few days time.

Wow really remarkable. What would you say the ceiling height is. I wonder if this will help with your winter insulation of the home above.

Hi Aron, it's slightly lower than I am, tall, so I crouch slightly and wear a helmet. Perhaps 5' 9"? There's a fan, three pumps and I'm putting in a radiator, nothing is too good for my minis. :-)