New version of the To the Strongest! Ancient Army List eBook released I’ve just published an updated versions of the Ancient army lists for To the Strongest! The 280-page PDF includes 152 army lists including 12 new lists. Several of the existing lists have been revised, and a good deal of background information and quite a few additional images have been added. 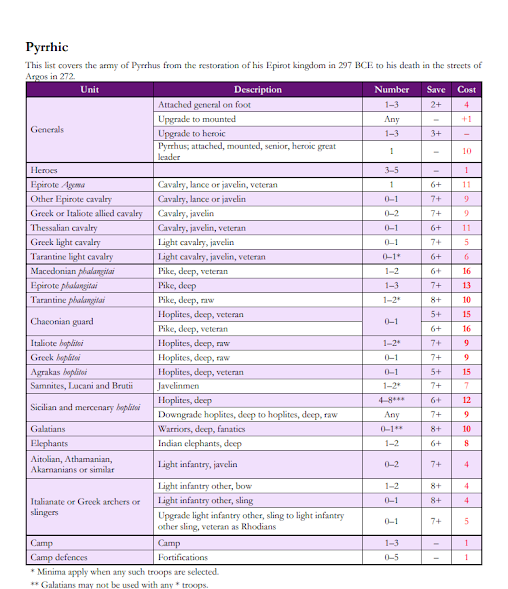 Each list consist of a spreadsheet describing the army (example above). Most of the lists also include details of how the army fought and a historical background, and sometimes a picture of miniatures, (below). 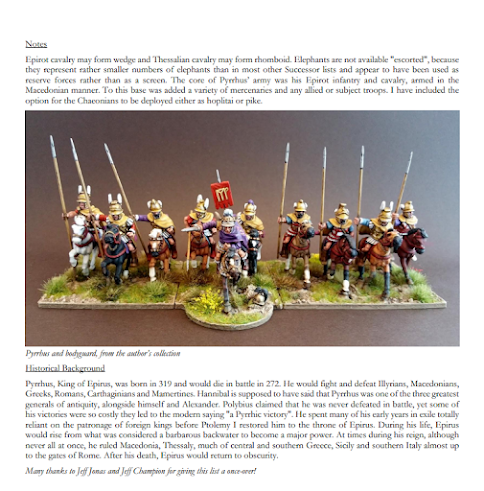 The new lists for March are are Kassite and Successor Babylonian Dynasties, Saite Egyptian, Old Babylonian and Old Assyrian, Urartu, Phrygian, Medes, United Monarchy Hebrew, Mannaian, Regnal Hebrew, Neo-Hittite, Aramaean City States and Lycian.
You can find the army lists here; there's an equivalent medieval eBook.  Should you order the lists you'll receive updates every three months until the end of 2022, with new lists and additional material added each time. The eBook costs £9.99.
https://bigredbatshop.co.uk/collections/all/army-lists
Posted by BigRedBat at 15:50

Ooohh! The new lists are cracking, Simon, as are the illustrations. At the risk of sounding a bit lock-down, there's lots of late-night browsing here! I appreciate the fact that my purchase means I get updates; this is tremendous service. I look forward to seeing you after The Local Unpleasantness is over.

Thanks Ian! We worked hard on the new lists- I'm really please with how they came out.