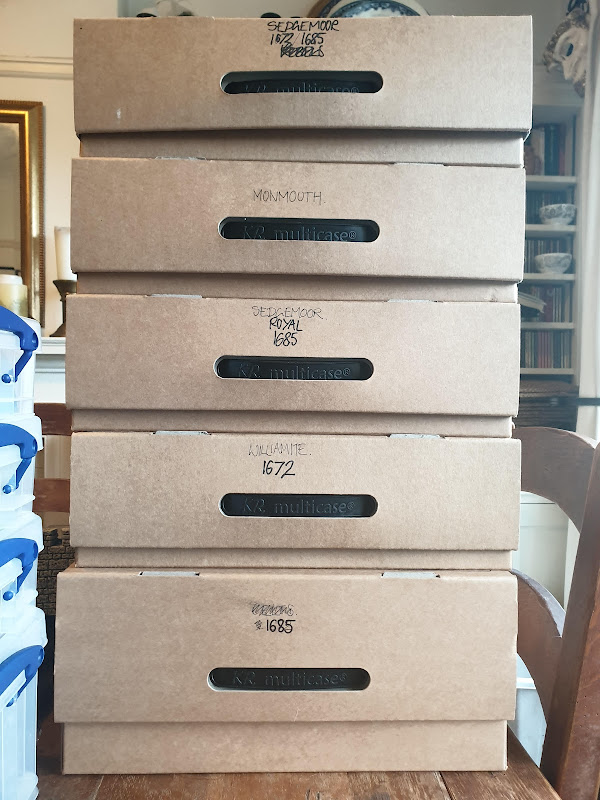 Here my mild wargamer OCD is demonstrated by the fact I am collecting armies for both 1672 and 1685+, despite the fact that the differences in uniform are pretty trivial. I suppose I'm also driven, in part, by the somewhat different sculpting styles between North Star and Front Rank ranges which I both like, in their different ways.

I've picked up around 800 painted minis so far. The plan is to form large battalia of c.40 minis, similar to my ECW battalia, but with a slightly different configuration. Also many will need grenadier companies and sometimes battalion guns. I'm planning to look at the 1672 fighting between the French and the Dutch, Sedgemoor in 1685 and possibly the Boyne in 1690. I'll need to write some rules, too.

That does seem a little extreme! I'm the opposite I think, can I use my Flodden Highlanders/kern with my picts and Montrose? Yea ,why not, close enough is good enough!
Best Iain

A brilliant plan Simon! I look forward to seeing the results of that "small" project.
What do you have planned for next week...? ;-)

Since I have just started out on a Williamite Wars in Ireland project, I'll be watching your progress with particular interest.

I'm with you on the OCD aspect having decided to stretch the Irish project into early WSS...the torture of having tricorns mixed with floppy hats 😂🤣

Floppy hats and tricorns? The horror! ;-)

I am not following you into this, Simon. I am not going anywhere NEAR horse and musket - apart from ECW, of course, and maybe something CHARGE! or 'The War Game' based. But NOTHING ELSE. And some Covenanters...