I've just published two exciting new downloads for use with the For King and Parliament ECW rules. 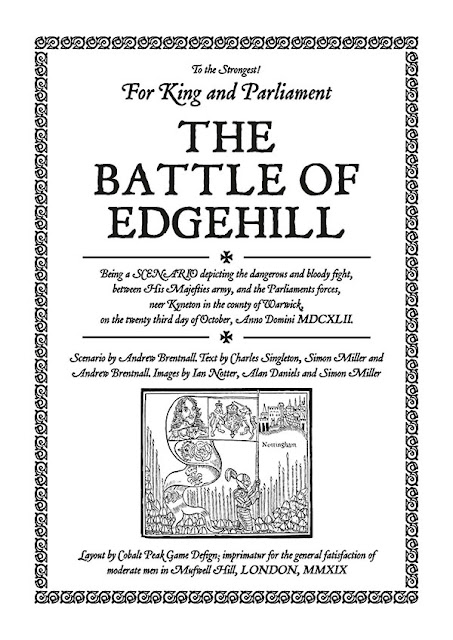 The first download is our Edgehill 1642 scenario. Edgehill 1642 was the first major battle of the English Civil War, and amongst the largest. The 18 page PDF includes a brief account of the campaign and the battle, reconstructed orders of battle for both sides, deployment diagrams and photos of beautifully painted wargames figures. It can be viewed on a tablet, or printed out and bound. The scenario, designed for the TtS! For King and Parliament English Civil War rules but could be adapted to work with other rule systems, too. It is a large and well-tested scenario that will suit two to six players. 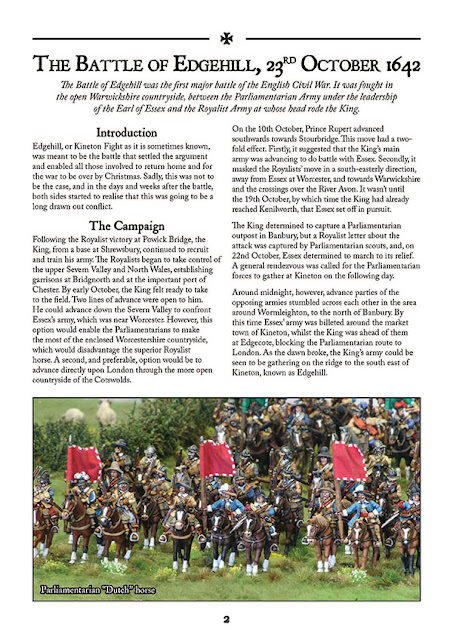 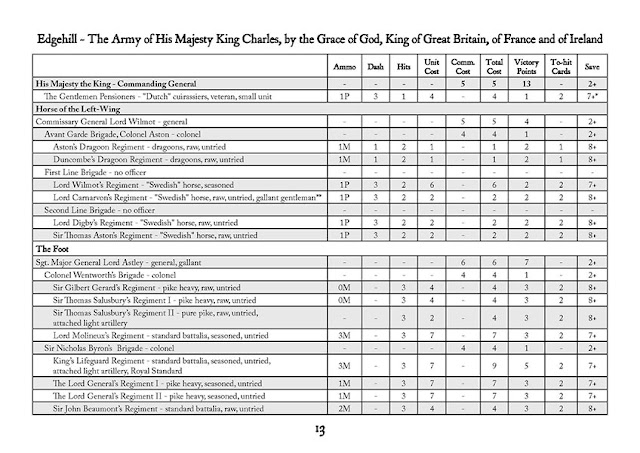 The second download, below, is a 17 page digital file of unit cards, which can be printed, cut out and used to re-fight Edgehill, in conjunction with the scenario and the For King and Parliament rules (although the cards could be used to fight the battle with other rule systems, too). 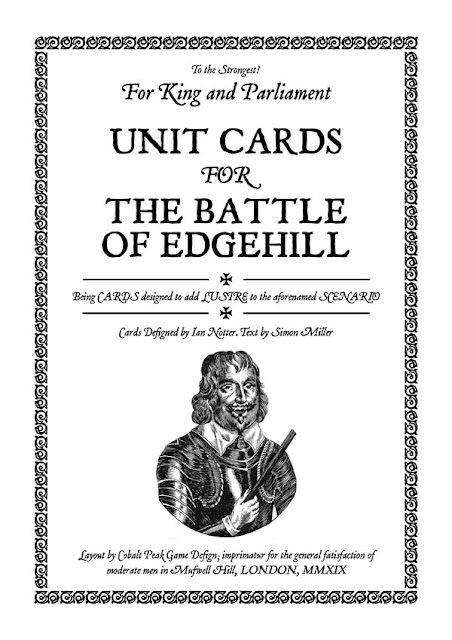 There are cards representing all the general officers, some colonels and all the units that we have been able to identify as present at the battle. They are additional cards for Parliamentarian reinforcements that might have influenced the battle, had they arrived in time. There are also cards permitting an alternative deployment of the Royalist foot in a Thirty Years War "Swedish" style, which may have been used in the battle. There are card overlays that will indicate whether your horse is pursuing, or your foot formed up in hedgehog. Lastly, there's an explanatory booklet which explains how to prepare and use the cards. 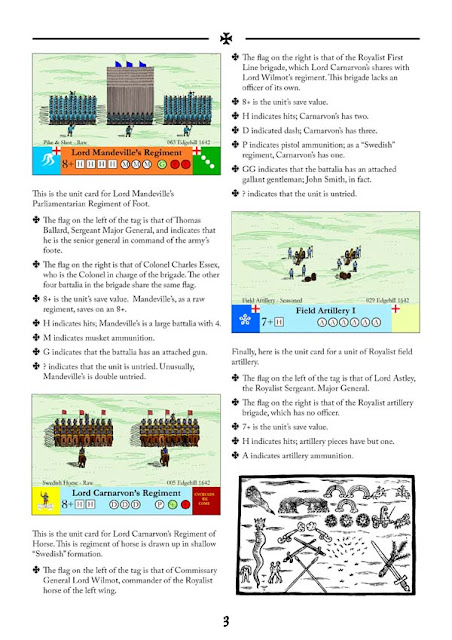 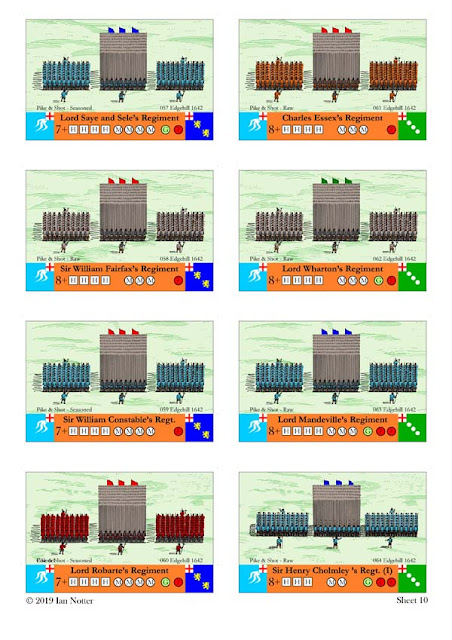 The cards can be printed and cut out either for use with a 10cm grid (9' x 4' playing surface) or a 7.5cm grid (6' x 3' playing surface). They can also be used in conjunction with miniatures, taping each card under a unit's base, so that only the tag with the unit's name and details upon it, protrudes. A really useful way of showing which unit is in which brigade!

Email ThisBlogThis!Share to TwitterShare to FacebookShare to Pinterest
Labels: Edgehill, for King and Parliament, scenario

Very nice. Unit cards under the base. Just like Fire and Fury.