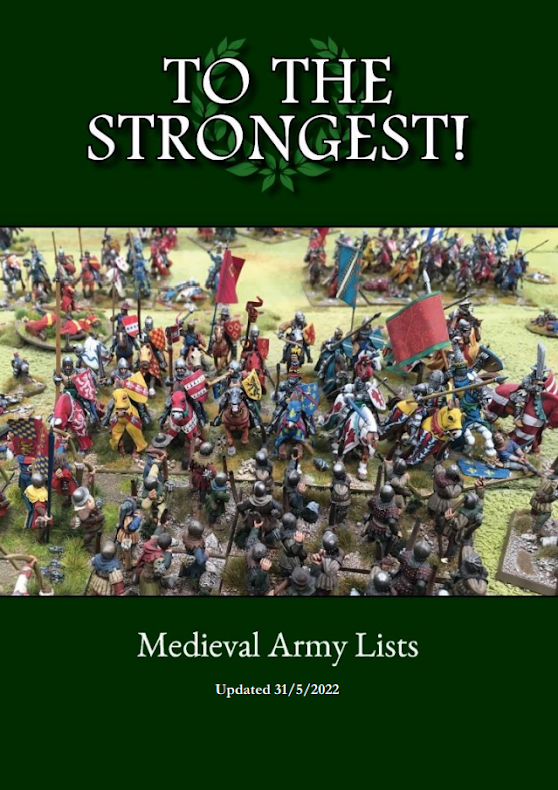 I've just released the latest version of the Medieval Army List eBook. This release includes two new lists - Later Lithuanian or Samogitian, and Frisian Free Cantons - bringing the total to 122. The former list provides able opponents for the dread Teutonic Knights. The latter is an obscure but fun list, since the Frisians are equipped with spears that double as vaulting poles!

There are significant edits to the Breton list, and Bretons in other lists. There are also edits to Western Franks, Pre and Post Mongol Russians, Nikephorian and Thematic Byzantines and possibly others. I removed Livonian light cavalry from the Teutonic knights list; apparently they never existed. I've also added additional background and army note material to some lists. The next version of this eBook will come out around the end of August, there will be several new lists. The next Ancient Army list eBook update is due out at the end of July. 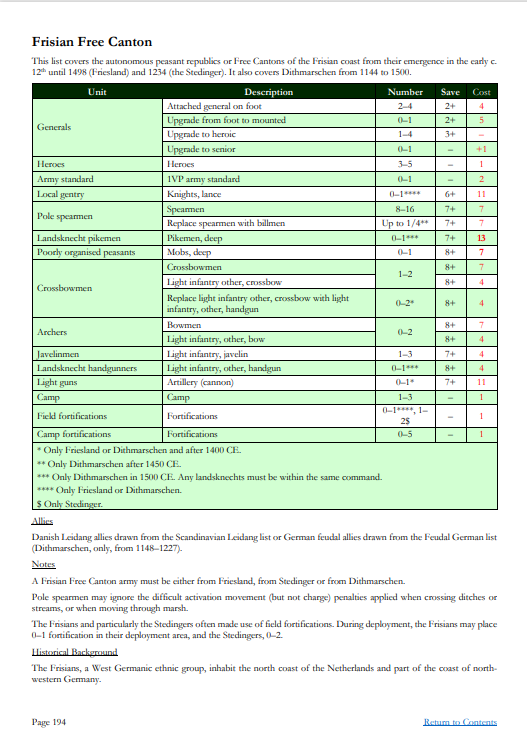 If you have ever bought a paid-for version of the eBook (as opposed to free versions) you should have received a copy either by email (if bought from the BigRedBatshop) or as a download link (if bought from Wargames Vault). If you would like to buy a copy, you can find it here or, if you are in the EU, here.

Here I'm recovering from the exertions of Partizan and trying to push on with several projects in parallel- some more ECW for an extended version of Roundway Down, some more regiments for my 1672 project, some Renaissance knights and ancients for Ipsus. Photos in the weeks to come!