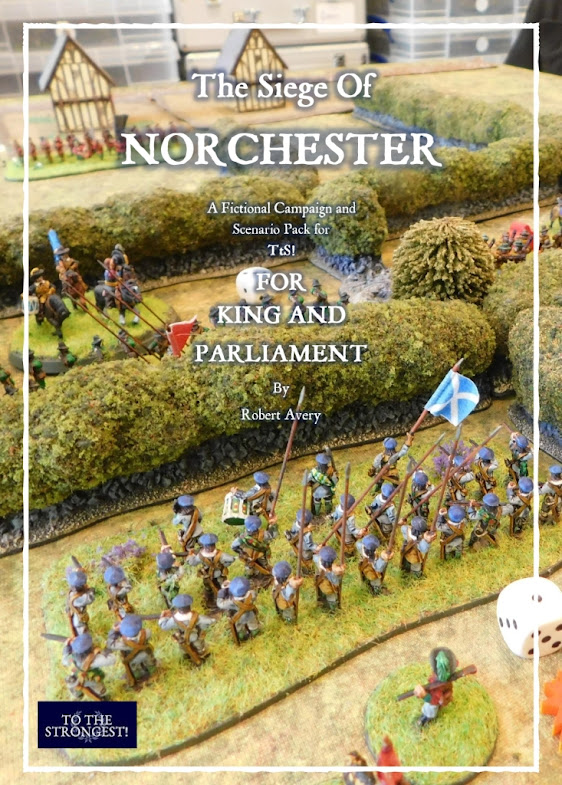 Today I'm publishing the digital edition of the "Siege of Norchester", a scenario book written by chum Robert Avery. The Siege of Norchester is a supplement for TtS! For King & Parliament that contains twelve free-standing, fictional scenarios in a loose chronological order.

The 66 page PDF tells the story of the investment of the fictional, Royalist-held city of Norchester. It starts with the Parliamentarians gradually pushing the Royalist foraging parties back into the city itself, then looks at the Royalist attempts to delay the construction of encircling works. There’s an assault on the outskirts of Norchester and then a Royalist attempt to get a messenger through to the King to ask for aid. Finally, there’s the arrival of a Royalist relief force, the fall of Norchester and the attempted escape of the main Cavalier protagonists.    The same officers and units are used throughout the campaign, and it is hoped that the players will come to adopt and recognise them as their own or the enemy. 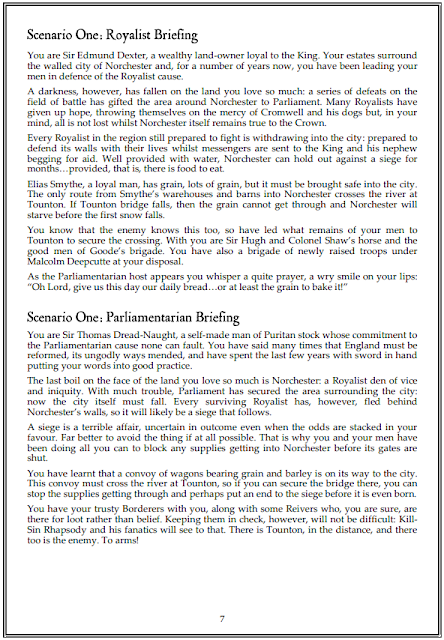 The pack is designed to give players who don't have enough time to write their own scenarios a number of games that they can play with little or no preparation. All you have to do is print out the game and player briefings, set up the table according to the map, break out the figures and cards, and start the first turn. You don't even need to print the pack out in full: just the pages you need for the scenario you're going to play. 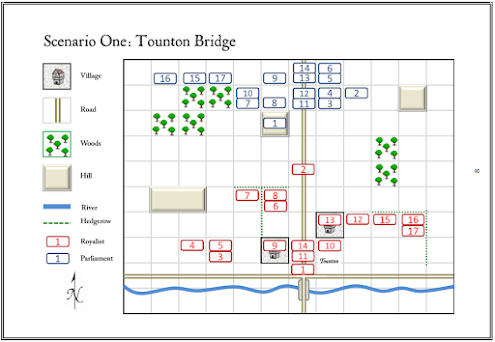 The games can be played either as a series of linked games or as a collection of one-off battles. To emphasise: each scenario is free standing and they do not have to be played in any particular order…but it is anticipated that players will play them in order as a campaign, keeping a running total of each sides’ score as they go along. The pack provides a Campaign Record Sheet as an easy way of doing so. 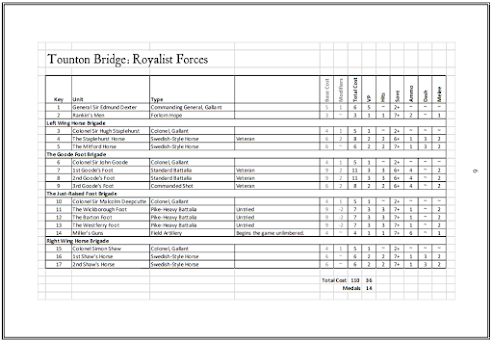 Finally, although specifically designed for FK&P, with a little work the scenarios can be adapted for any set of English Civil War/Renaissance rules: the basic elements of why, where and with what each side is fighting being largely common to all systems.

So whether you’re for the King or for Parliament, The Siege of Norchester gives you everything you need for many hours of joyful gaming!

You can order "The Siege of Norchester" from the BigRedBatShop or if you prefer (or if you are based in the EU) from Wargames Vault.

Email ThisBlogThis!Share to TwitterShare to FacebookShare to Pinterest
Labels: for King and Parliament, The Siege of Norchester

Looks good, Simon. We've certainly enjoyed "Marlowe"; there is much to be said for not having to do all of the work to set up the scenario for every game.

Great stuff - maybe Norchester should be twinned with my city of Southchester - both seem to have been sieged during the ECW - more here http://shedwars.blogspot.com/2017/05/the-siege-of-southchester.html