To the Strongest! 1066, unleashed online! 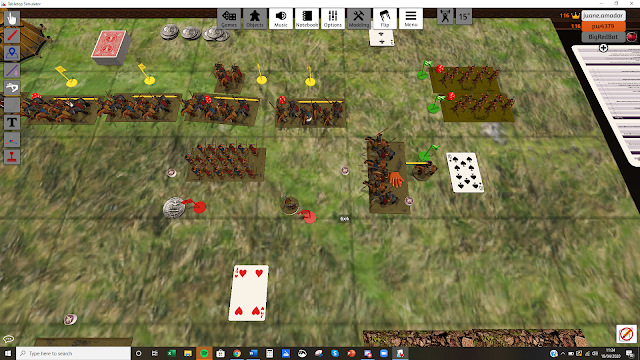 I'm very pleased to announce that friends and I have been able to set up an online version of To the Strongest!, for your isolation gaming pleasure! It has been developed by Antony Unwin, with Paul Thompson sorting some of the technical and organisational aspects and me doing army lists. It enables up to six players to play a game of TtS!, very much as one would at home or in a room above a pub, but, instead, online. It doesn't have an AI, so you need to know the TtS! rules- if you don't already own them, you can buy a digital set, here.

Here's a shot of the table, from above. For the sake of simplicity (and for various technical reasons) we have started with five pre-set armies, all roughly themed to the year 1066 (Normans, Anglo-Saxons, Norwegian vikings, Scots and Welsh). Below, you can see the Norman army ; lots of hard-hitting milites lancers, some spearmen, archers and crossbowmen. Everything you'd expect to see on a TtS! table, is there, including the camp, cards and the army list. Each of the armies is divided into three commands (distinguished by slightly different base colours). Flags indicate the generals (William the Bastard) and army standards (Papal Banner), where appropriate. There's a camp, too. Dice record ammunition, and the yellow sticks are lances. The smaller medallions are heroes, and the large coins, victory medals. 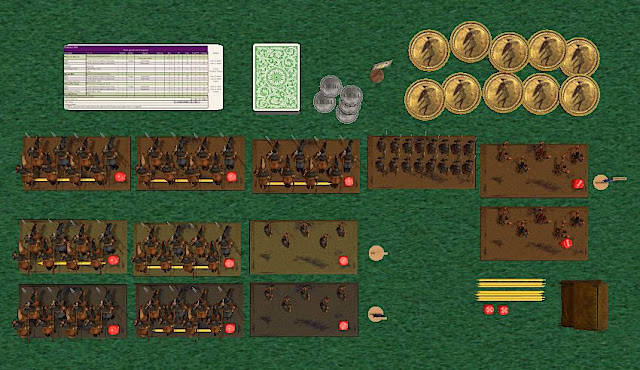 There are also terrain pieces, stored in bags. The blue bags contain individual pieces, and the ten brown bags contain completed terrain setups; there's a deck of 10 cards next to them, in case you want to pick a random set. You lift the terrain over the table, line it up carefully, lower it and then use the right mouse button to "lock" it in place. 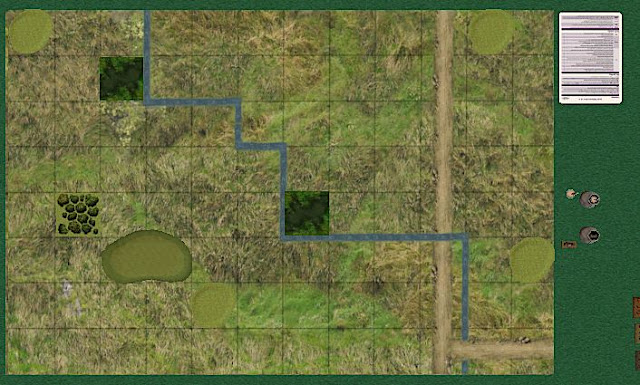 Here's the table, above, set up with a set of terrain pulled, as if by magic, from one of the brown bags.The markers on the side are to record disorder, and there's a quick reference sheet.

I'll post some in-game shots over the next few days.

In order to play To the Strongest 1066!, you'll need a reasonably modern PC and to buy some software called Tabletop Simulator, which is available on Steam for £15. You can download a free PDF of instructions on the PC specifications and how to install it and get going from the BigRedBatShop. There's also a new online section, supporting it, on the To the Strongest! forum.

I've played a few games, myself, and it's very easy to pick up and a whole lot of fun! We use Discord to chat, and there is all the usual banter, expletives, etc. that one associates with a game of TtS! Once we have a critical mass of players behind it, I'll organise some informal online tournaments; perhaps even some sort of league- I really want to keep my hand in!  I very much hope you enjoy it.
Posted by BigRedBat at 11:53

Very clever work by your team Simon. A perfect system for this kind of Steam version.

Any chance having a PDF of the army lists that you have loaded?

It would be easier to print these than keep accessing them from within the game.

The army lists are in the briefing material- if you drop me a lien I can send one out to you.