It is safe to say that I have come late to the Renaissance, but come, I have! These beautiful Perry stradioti, painted by Shaun Watson, are Balkan light cavalry, originally of Albanian origin, who served in the Venetian and other armies. 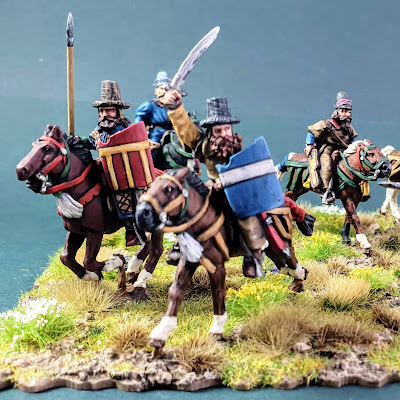 I really like their natty top hats, especially the officer with feather (below). Move over, Noddy Holder! 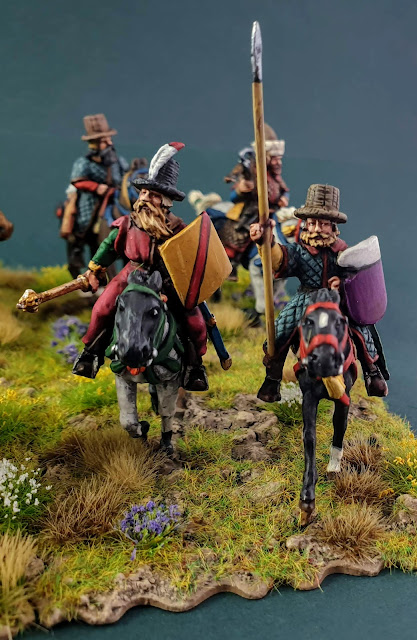 Finally, here is a top-down view. I've mounted them on my FK&P6 bases. These days, I mount most of my minis on them, because I can use them both on 15cm grids (two bases wide) and 20cm grids (three bases wide). For the 15cm grid my light cavalry units will be 3-4 men strong, and for the 20cm stradioti grid they will be 10 strong, as below). I have a second unit under way, which I hope will be enough for my Venetians, and I also hope to muster two units of 18 vero armigero (men-at-arms) and various militia types (archers, crossbows, spearmen) by the summer. We'll see! 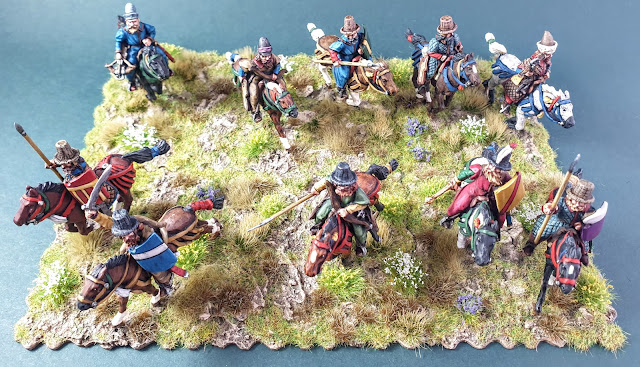 In other news, chum "Balkan" Dave Watson has written nine new army lists, which I've combined with the four existing lists to make a comprehensive booklet of  no fewer than 13 Medieval Balkan lists for To the Strongest! There are some super new lists- not least the Catalan Company, Vlad III "the Impaler's" Wallachians and Skanderbeg's Albanians. Oh and there's a Venice Abroad list with lots of stradioti. :-) You can download the booklet, for free, from here.
Posted by BigRedBat at 19:05

Nice unit! Love the hats too!

Very nice they look too.