Mancetter to Salute! Part I 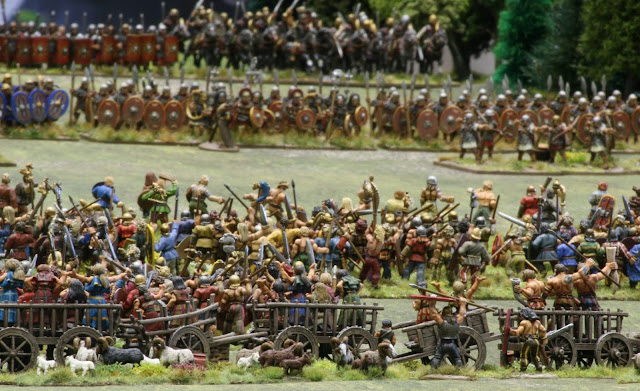 Here are some lovely photos that chum Ian Notter took of our To the Strongest! Battle of Mancetter 61CE game. The shot above catches the back of the laager, warriors, slingers, Roman skirmishers, Auxilia line, legionary line and flanking horse. 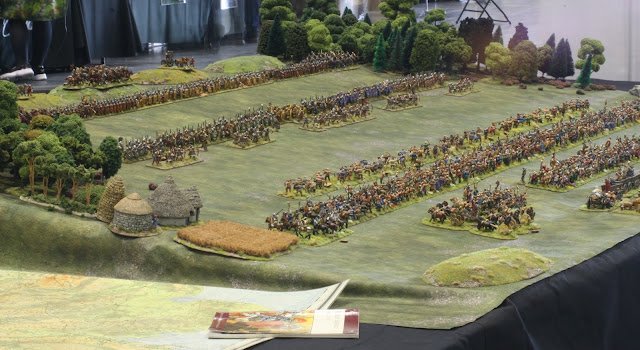 Here's a wide shot. You can see that the British line is wider than the defile between the two forests, and the size of the hill which was perhaps 20cm high.

The British had 12' of light troops and 12' of warriors, 2' of chariots and 4' of laager. The Romans had 4' of lights, 7' of auxiliaries, 4' of legionaries and 2' of cavalry. I might revisit this battle another year if I can get a few more units of warriors painted. :-) 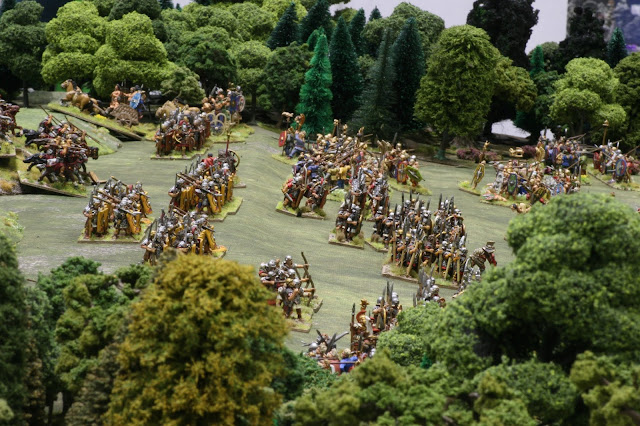 Above the shots show the forests. These attracted a lot of praise; they were assembled by the simple expedient of sticking ALL the trees that Ian and I own together, in close proximity to each other. The tall trees that people particularly liked, come from Debris of War. 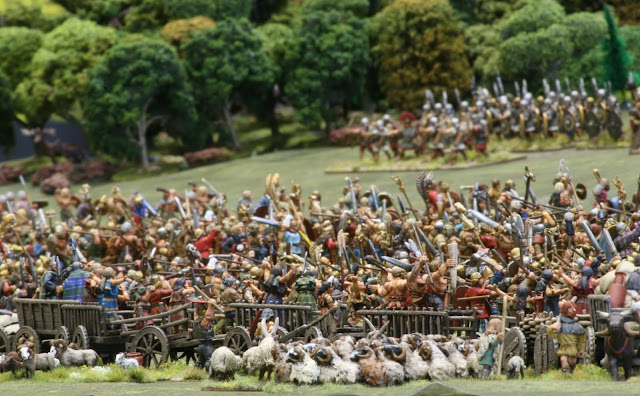 Another show-stealing element was the flock of sheep in the foreground. From 1stCorps, and painted by chum Shaun McTague, these aroused more interest than the 900 freshly-flocked Celts. :-/ 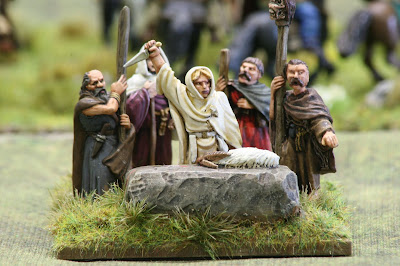 Above, druid offer a much-needed sacrifice. Below, a downhill shot, taken from behind the Roman lines. You can just make out the British women in the distant laager. 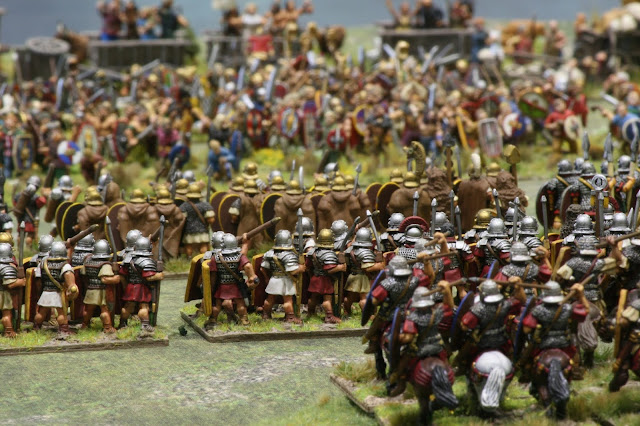 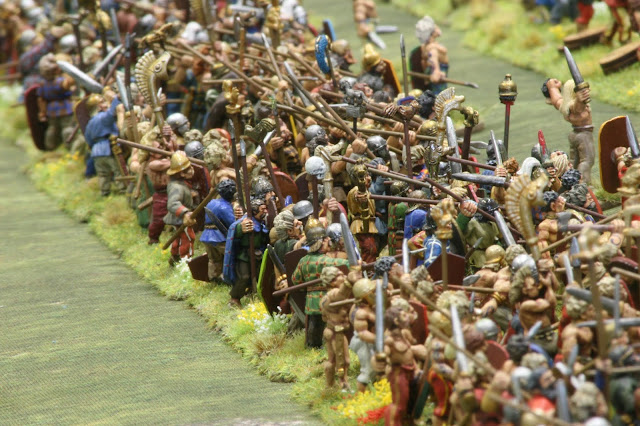 The British warrior units are three ranks deep, bolstered by heroes. These turned out to be quite formidable of which more, in part II, tomorrow! 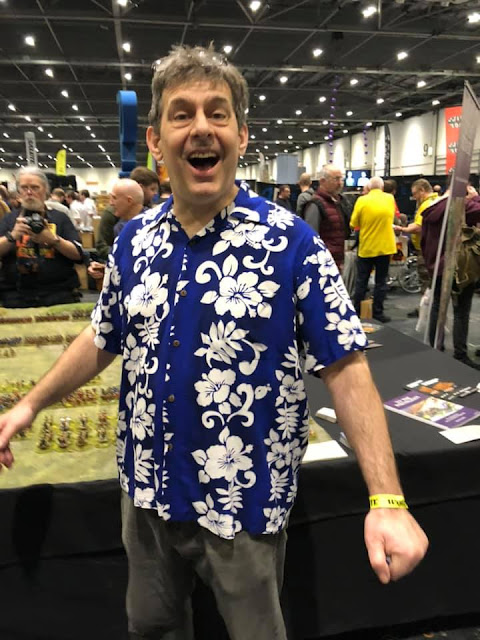 And finally, here's a photo of me grinning like a loon, nicked from Antonio Dimichele.  As you can see, I had a VERY good time!
Posted by BigRedBat at 17:04

A fine effort there Simon. Will it be at Partizan perhaps?

A spectacle stunning beyond words...

Simply stunning! The sheep and the sacrifice really add to the whole, as do the woods.

David- yes I might well take it to t'other Partizan and quite probably to SELWG. Still giving it some thought.

It was a great looking game Simon. Good to catch up, if only briefly. :)

A fabulous looking game, Simon. I love that slope. So often the brilliant ideas seem so simple! It was great to meet you in person.

It was an imporessive host.

Splendid to see a large game in what appears to have been a small game show. Terrific - well done. Inspires me to get more Republicans done.

Spectacularly epic, hope to see it at P2

Looks awesome. And I thought I was a megalomaniac when it came to games; not even in the same league, LOL!

Thanks all! Phil, yes quite possibly. Peter; I fully commit! ;-)

As ever a brilliant display of gaming.

Amazing Simon. Thanks Ian for the photos.
Dave

...all my superlatives have already been used by the other comments.

A terrific looking game, Simon, just sorry we only got to chat on the way out!

Outstanding pictures, so many eye candies!

Simon, this was a great day. Any defeat for Rome is a good day anyway, but this was just such a pleasure. Fantastic armies! Great company! And druids!

It was a wonderful looking game and seemed (rightly) to be attracting a lot of attention. Good to see you again, albeit briefly.

Thanks again chaps! I'm already planning the next one. :-)

It was a fantastic looking game,lots of great details! One of the best games at Salute!
Best Iain