On the second day of Christmas... 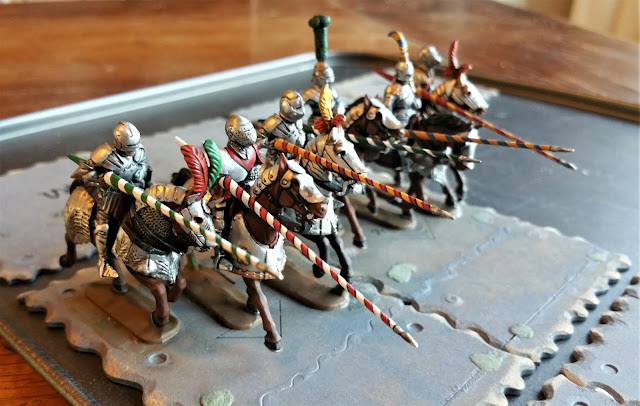 ...we have six later knights a lancing. These are Perry plastics painted by chum Lionel in Paris, and highlighted by me. They are great minis and paint jobs; a later photo, once based, will do them more justice. Lionel is painting some more for me; there will be 30 mounted knights in the army.

Above is the progress to date, two units down, ten to go! Then of course grouting, flocking... and a camp.

In broad terms the army is going to consist of five units of later nights, five skirmishing crossbowmen (three mounted, two on foot), and a unit each of formed crossbowmen and spearmen.
Posted by BigRedBat at 15:38