Did I mention that I hate painting Celts? 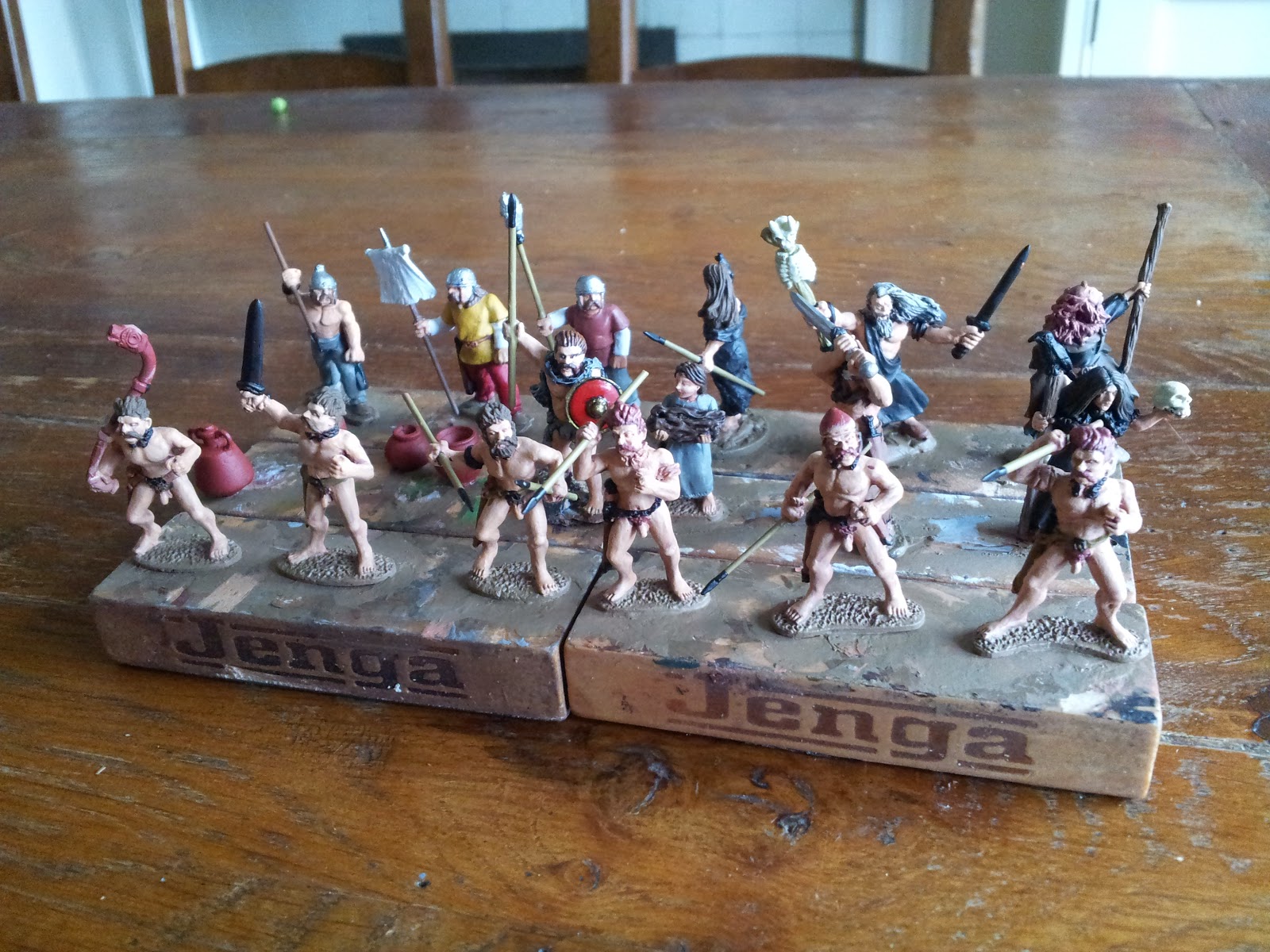 I find myself back at the brush, painting some more Celts for a demo game at SELWG on Sunday week.  To minimise painting the detested plaid, I decided to paint a unit of nekkid fanatics and fustian-robed druids.  These, however, have turned out to be quite as annoying as their plaid-clad comrades to paint, as they all wear fiddly bangles and chains, and because most of them will need tattoos.  Plus skin takes a lot of care to get right.  And then there's the shields!  So much for my shortcut.

I've been posting rather less frequently, of late, because I've been spending a lot of time getting my "To the Strongest!" rules into a publishable state.  With the assistance of a few very helpful chaps who have been spotting errors and inconsistencies, this is going rather well, and today I've been churning out diagrams.  Hopefully I'll be able to pick up the modelling and blogging rate in October.

The game at SELWG will follow on from the Caesar's "C-Day" landing at Salute, as the Romans push inland.  If anyone coming to SELWG would like to play (for around two hours) then please drop me a line via comments.  I've run the scenario before; its a blast!
Posted by BigRedBat at 15:41