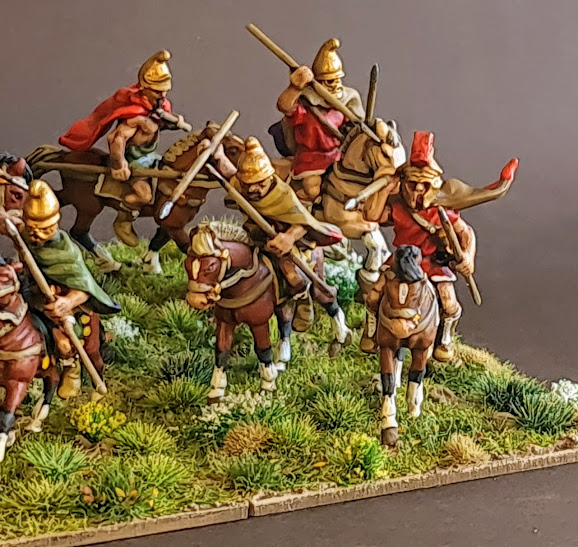 I'm planning a very large Successor To the Strongest! game for Salute, and as such I need several more units of light horse of various nationalities. This unit is my first of Thracians, distinguished as such by their characteristic helmets, long boots and flowing cloaks. I didn't want early Thracians, with the soft caps, but rather later ones suitable for Lysimachus' army at Ipsus. 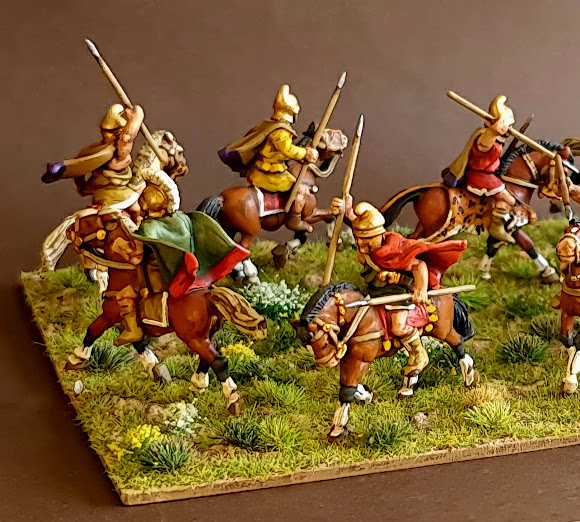 All of the riders are Wargames Foundry or Aventine Miniatures. Many are converted with heads from bought from Aventine, and all ride lovely Aventine horses. I added flowing cloaks to any minis that lacked them, which I think gives a real sense of movement. They were all painted by Shaun McTague - he did a fine job- and I highlighted and based them around 6 months ago- I only just got around to finishing them though. 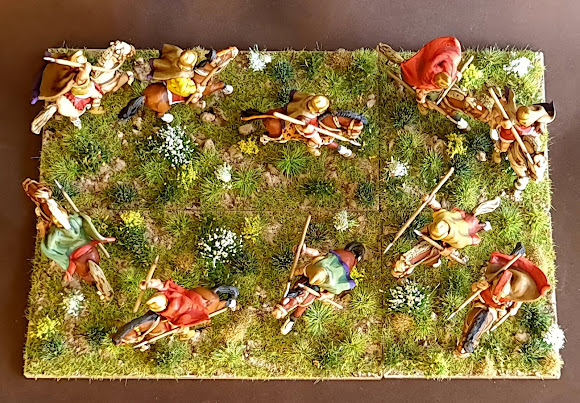 I chose to depict them, skirmishing, in a Cantabrian circle.

In other news... if anyone was waiting for Geek Villain mats, I have them stock again.  I've also bought in a lot of cloth mats with a 7.5cm grid for people wanting to play TtS! with smaller 6mm or 2mm minis, or other games such as with Mark Backhouse's Strength and Honour. You can find the mats here. Finally, I'm back on editing the Renaissance rules, which are moving forward again, albeit at a glacial rate. I'm not yet ready for playtesting, but I'll keep you posted.


They look ace. Cloaks also give a nice tie-in to the foot units, I'd guess?

These look lovely, Simon. 👍 Very much looking forward to seeing your big successor game. I’m assuming pikes , elephants and cataphracts? Great idea for basing. Wondering if I can use this idea to use all of my mounted figures who are posed to shot the person to their left when ranked up!