I've just released some more lovely chits for use with To the Strongest! and For King and Parliament. Chits of War come in sheets of 80, are 20mm in diameter and are drawn from a bag and used in the place of playing cards. I've introduced two new colours, white and yellow, to complement the existing five colours (purple, dark blue, green, red and orange).

The coloured, varnished MDF chits are double sided for speed of play, because you don't need to flip them over.  The two new sheets offer a strong contrast to the existing colours, so you won't mix them up. 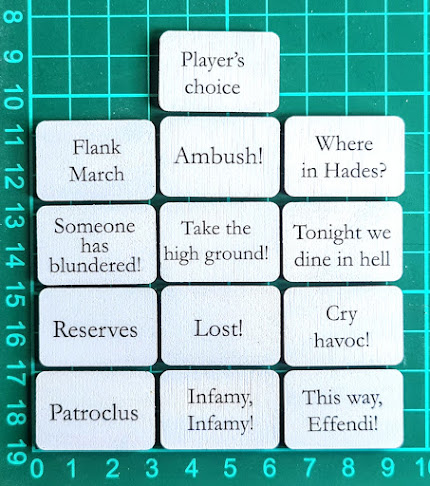 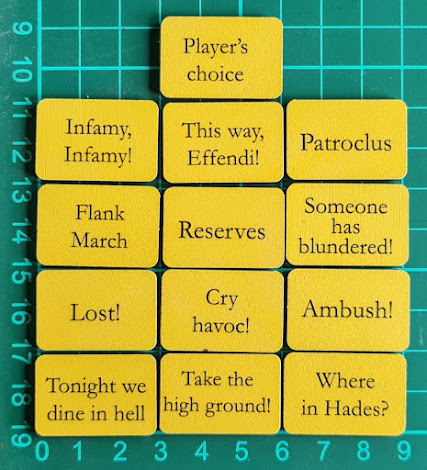 You can find them here (chits) and here (stratagems).